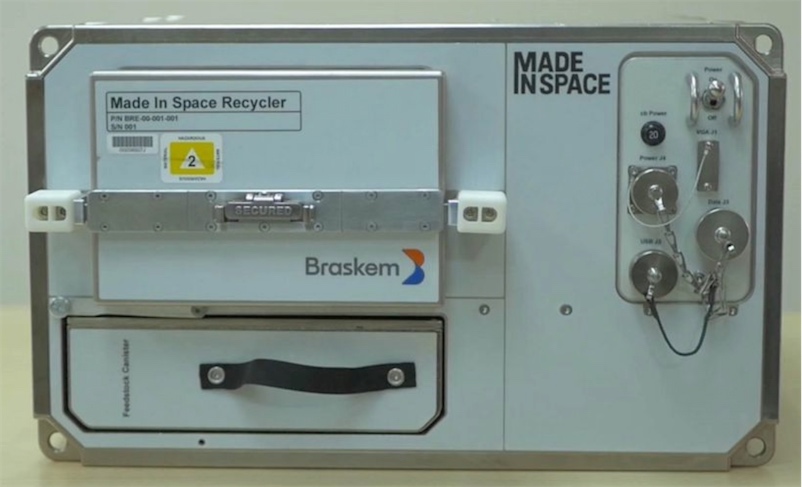 Next Saturday, Made In Space's Plastic Recycler will be delivered to the International Space Station (ISS) to convert certain waste plastic into feedstock for the company's Additive Manufacturing Facility, a 3D printer operating aboard the ISS (image below). From Made In Space:

The Plastic Recycler was developed through a partnership with Brazil-based, Braskem, Americas’ largest thermosplastic resin producer. The partnership adopted Green Plastic, a bio-based resin made from sugarcane, for the printing of tools and spare parts by astronauts. GreenTM polyethylene is made from ethylene derived from sugarcane ethanol.

From Braskem's prior description of the device:

The machine consists of a plastic crushing and extrusion system that produces a filament that can be used by the 3D printer already installed on the ISS. The recycler will allow astronauts to, among other applications, use the Green Polyethylene tools and parts previously fabricated by the 3D printer, as well as other plastic materials already on the ISS that no longer are being used, such as food packaging.