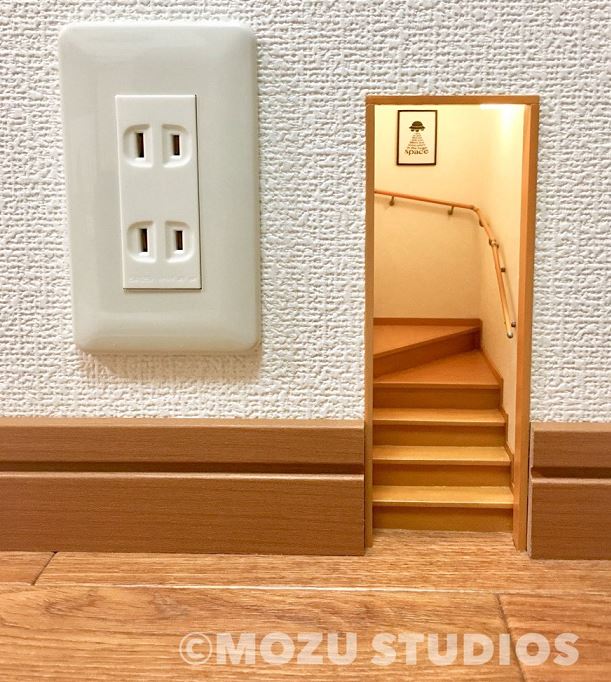 It's almost dizzying seeing how far the staircase continues behind the wall:

This video shows the creation of a tiny museum with several exhibits:

The Mozu Studios webshop is here.