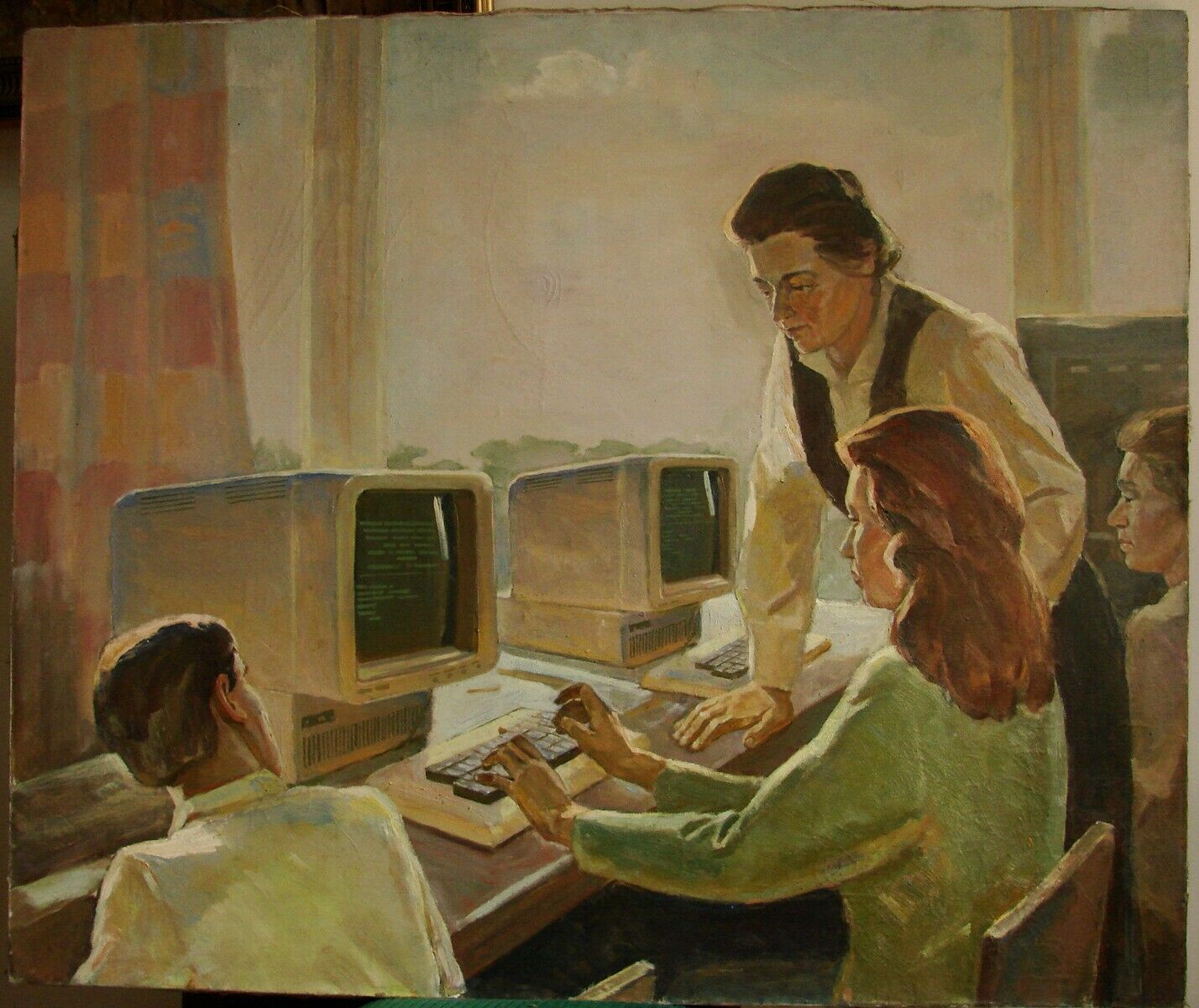 Russian Ukrainian Soviet author's painting.
Painter: unknown.
Time of the creation: 1980s y.
Oil on canvas. painting will be shipped without stretcher in a tube.
Size: 100x120 cm (39x47 in)