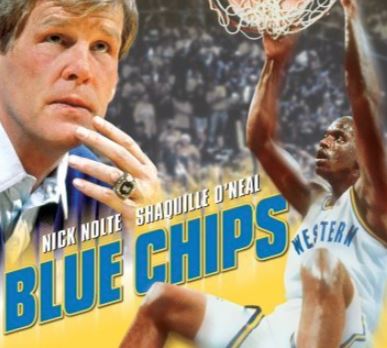 At the end of September, California enacted a new law that will allow college athletes to make money from endorsement deals starting in 2023:

the law creates an unrestricted market for others who want to use the athlete's name, image or likeness. Money could come in the form of major brands like Nike or McDonald's using the athletes in commercials. It could also come from small businesses like car dealerships putting an athlete on a local billboard or memorabilia shops paying an athlete to show up for an autograph session for fans. Athletes could also make money themselves by monetizing social media feeds, selling T-shirts online or advertising to give lessons in their sport to younger kids. The new law allows athletes to hire an agent to help manage the process.

Among the voices speaking out was Ohio State University's athletic director who cautioned the move would lead to California schools being excluded from the NCAA:

if Newsom signs the bill, schools in California are "going to have a model where they can almost pay for play – not quite – but I think they’re going to be challenged to maintain their membership in the association because, as an association, we have the authority as a group to make our own rules and regulations, and they will be outside those rules and regulations. So, I’m not quite sure how they will stay in the association."

As reported by USA Today, the athletic director specifically expressed concern California schools would have an unfair advantage:

On Friday, it was revealed that Ohio State's star player and potential number one pick in the upcoming NFL draft faced possible sanctions for accepting a loan. Ohio State may also face sanctions:

NCAA rules say that the infractions committee "may" vacate wins if the wrongdoing is considering bad enough. Worst case scenario for Ohio State, last year's Big Ten title could be impacted. If Young cannot prove a preexisting relationship, any games he played in after accepting the loan would have occurred while he was ineligible. Any of those wins would be vacated.

On the same day, it was revealed that a University of Memphis freshman, projected as the possible number one pick in the upcoming NBA draft had also been ruled ineligible for accepting financial help:

According to Sudu Upadhyay of WMC Action News 5, Ballin said Memphis head coach Penny Hardaway financed Wiseman and his family's move to Memphis while Wiseman was in high school, and although it occurred before Hardaway became the head coach at Memphis, the NCAA has labeled him a booster.

According to Giannotto, the NCAA ruled Wiseman eligible in May only to reverse course and deem him ineligible Tuesday. As a result, Wiseman is suing the NCAA.

And yes, that is the same Penny Hardaway who played one of the athletes receiving improper benefits in the movie Blue Chips.