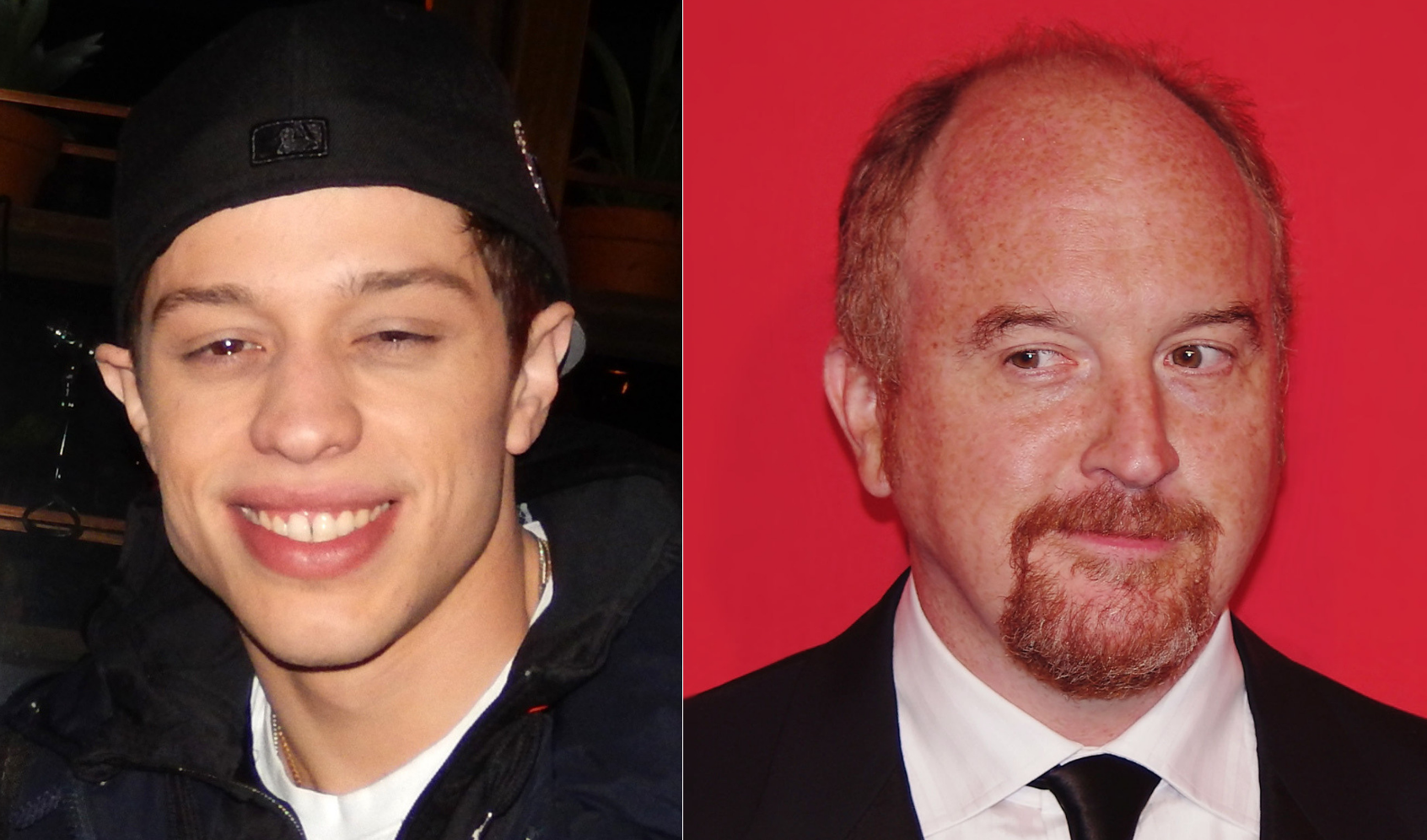 On the other hand, the NDA's not going to work anyway. As my friend Andrew Husband points out at Forbes, Louis CK tried a similar tactic back in May 2019:

Louis's copyright notice was effectively binding agreeable audience members to a contract of sorts. Davidson's NDA, meanwhile, is an actual, honest-to-goodness contract requiring one's name, signature, and all sorts of other personal details to boot. So, unlike the former, the latter actually has a legal document to stand on. But this doesn't mean its legal claims are actually legal, or that, should a person or group decide to test them in court, it will hold up under scrutiny.

Besides, it's not like Louis's copyright notice did him any good. Critics and audiences alike are still talking about his new "comeback" tour in droves, both for its content and what it means regarding any potential recourse for his victims. So, what's to stop show attendees from discussing Davidson's more recent gigs?

Images of Pete Davidson and Louis CK via Wikimedia Commons

The "chef" making rice in this BBC video should probably appear before The Hague for crimes against food. Luckily, Uncle Roger (aka comedian Nigel Ng of Rice To Meet You) is here to set her straight.