A touch of The Dark Tower in Red Dead Redemption 2 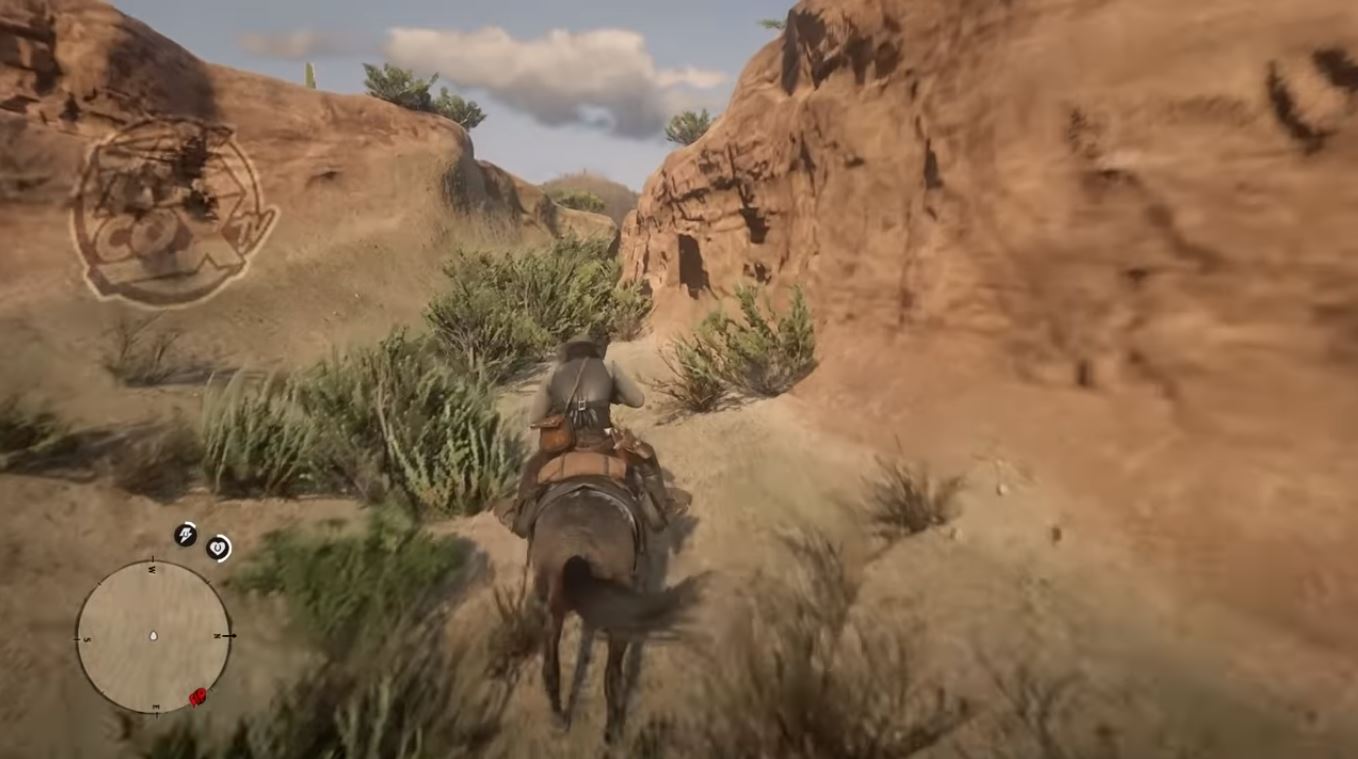 It's fascinating to follow explorers discovering the bizarre out of bounds landscapes of Red Dead Redemption 2, like the mysterious pyramids, and seams where the land meets unfinished low-res geography.

Eventually we reached this huge seam, where high-res landscape meets with low-res pic.twitter.com/luJSOH5zrb

Although Mexico is seemingly not part of the game, dataminers say they have found models for familiar Mexico locations hidden in the PS4 version. Gamers have also discovered a hidden path into Mexico. As this video shows, you have to ride your horse into a canyon and then press through the strange barrier at the end. If successful, you emerge in Mexico. The land is almost entirely barren, aside for an abandoned fortress:

Ahh, seems so simple to create an entire Wizard and Glass campaign for the game.