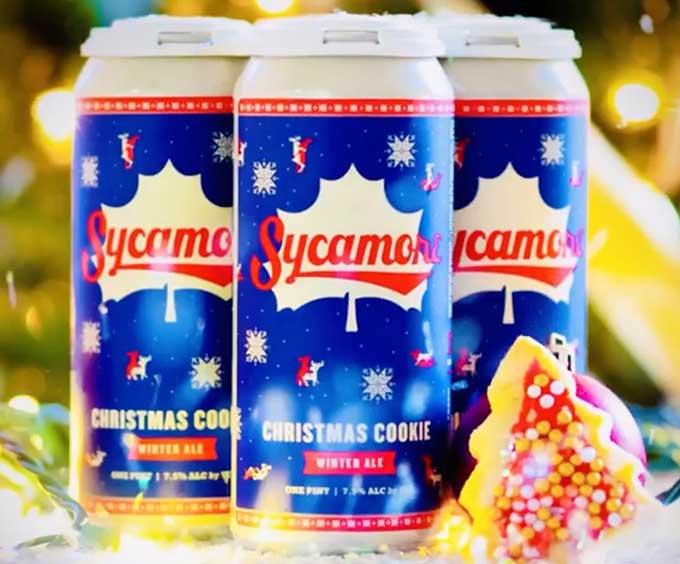 Sycamore Brewing received a spanking from North Carolina's Alcohol Law Enforcement (ALE), which will punish the brewery for making a beer can with cartoon reindeer having sex.

[T]he label likely violated the agency's rules prohibiting obscene material, and the brewery didn't submit it for approval before producing the cans either. As a result, Sycamore will most likely face a fine of between $500 and $1,000.

"We’re in a moment in our country where the president is up for impeachment, there are school shootings, there’s all this horrible stuff going on,” Sycamore co-owner Justin Brigham said. “And you know, seven-and-a-half percent (ABV) beer that tastes like cookies, with pixelated reindeer? That’s a nice reprieve I think.”