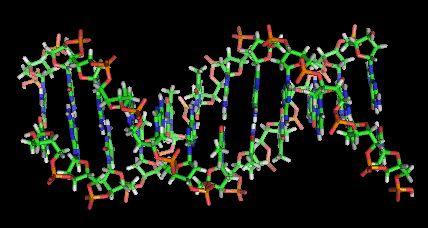 Writing for the New York Times, Heather Murphy has a fascinating story about the unexpected results of a bone marrow transplant.

When a patient receives a bone marrow transplant, the patient's own cells are destroyed and replaced with cells from a donor. Thereafter, the patient is a "chimera," with two sets of DNA. It's believed that other than helping the recipient's immune system, the donor DNA has little impact on the recipient:

“Their brain and their personality should remain the same"

However, the duplicate DNA can cause confusion in criminal investigations.

Murphy's article recounts a multi-year experiment carried out by the Washoe County Sheriff’s Department when an employee received a bone marrow transplant. Realizing the opportunity to further scientific knowledge, they swabbed "the heck" out of the patient before and following the procedure. Four years later, they found surprising results:

Swabs of his lips and cheeks contained his DNA — but also that of his donor. Even more surprising to Mr. Long and other colleagues at the crime lab, all of the DNA in his semen belonged to his donor. “I thought that it was pretty incredible that I can disappear and someone else can appear,” he said.

Read the rest of the article here, including a discussion of whether the change to the recipient's DNA will have an impact on future offspring. And if you're interested in forensic uses of DNA, check out this story about "rapid DNA testing."