Mall robot is programmed to detect when kids are about to bully it, and take evasive action 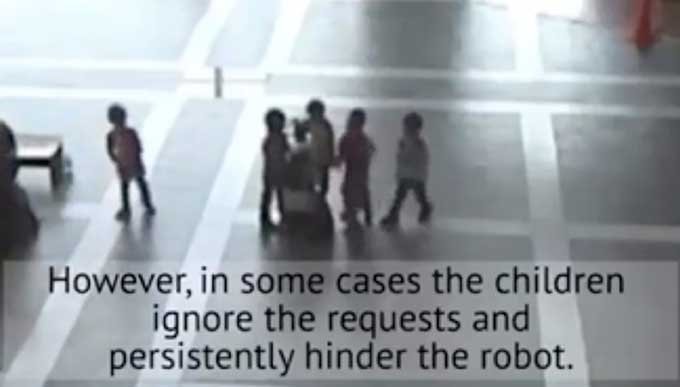 In this video, we learn that children enjoy bullying a mall patrol robot. The kids will kick, slap, surround, and throw things at it. Tests show that kids are more likely to abuse the robot when adults aren't around. So programmers designed the robot to anticipate when it was likely to be abused by kids and roll next to an adult, which will keep the kids from hurting it. (If you know the source of this video, please post in the comments so I can add it to the post.)

Robot being able to figure out when he’s about to get messed up by a couple of little devils. from r/Damnthatsinteresting