The island of infected chimpanzees, and the man who feeds them 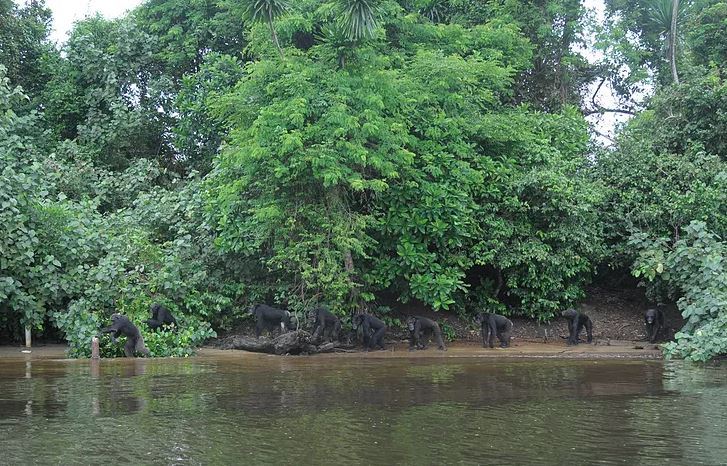 Writing for the Washington Post, Danielle Paquette tells the story of Monkey Island in Liberia. Beginning in 1974, American scientists hoping to develop vaccines experimented on chimpanzees in Liberia, infecting them with hepatitis and river blindness. Eventually, due to the dangers posed by the ongoing civil war and ebola outbreak, scientists fled the country, abandoning the chimpanzees.

The chimpanzees could not be released into the wild because they were infectious, and in any event, were presumed unable to care for themselves in the wild due to their captivity. So, they were deposited on a group of small islands collectively known as Monkey Island. As the article recounts, one man was brave and caring enough to take on the responsibility to make sure the chimpanzees continue to be fed.

You can read all about it here, and donate here. Although the infected chimpanzees receive vasectomies and birth control hidden in their food, they continue to breed.