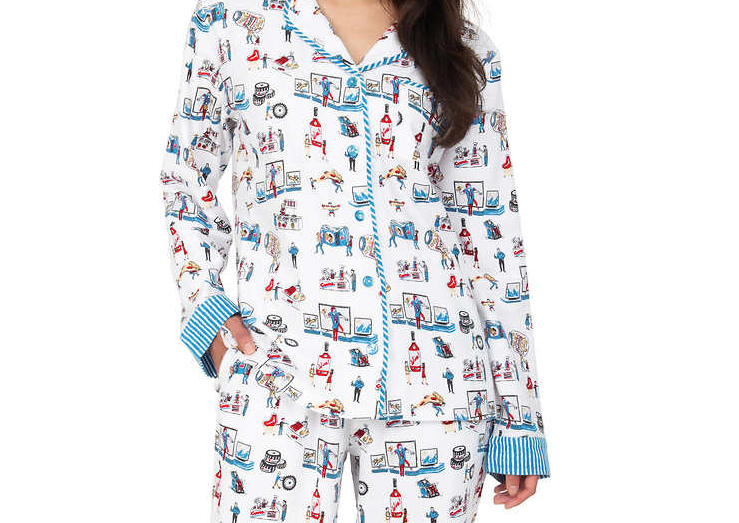 Look closely at the pattern. It depicts, using cute illustrations, their famous sample food carts, and customers hauling oversized products like a pizza slice, bottle of wine, jar of peanut butter pretzels, steak, and more. Plus, tires and big-screen TVs! I don't even have a Costco membership but I want a pair of these.

A man at was filmed Monday yelling and threatening shoppers at a Costco in Fort Myers, Florida, reportedly after an elderly woman asked him why he wasn’t wearing a mask. Clad in a “Running the world since 1776” tee shirt, the man puffs up his chest, balls his fists and yells “I FEEL THREATENED!” while […]

Former First Lady Michelle Obama has a new book, a memoir of her life’s journey getting to the White House called Becoming. To promote it, she went to Costco with Ellen DeGeneres for a signing. But it was no ordinary signing, of course, that wouldn’t make for good TV. I don’t want to spoil it […]