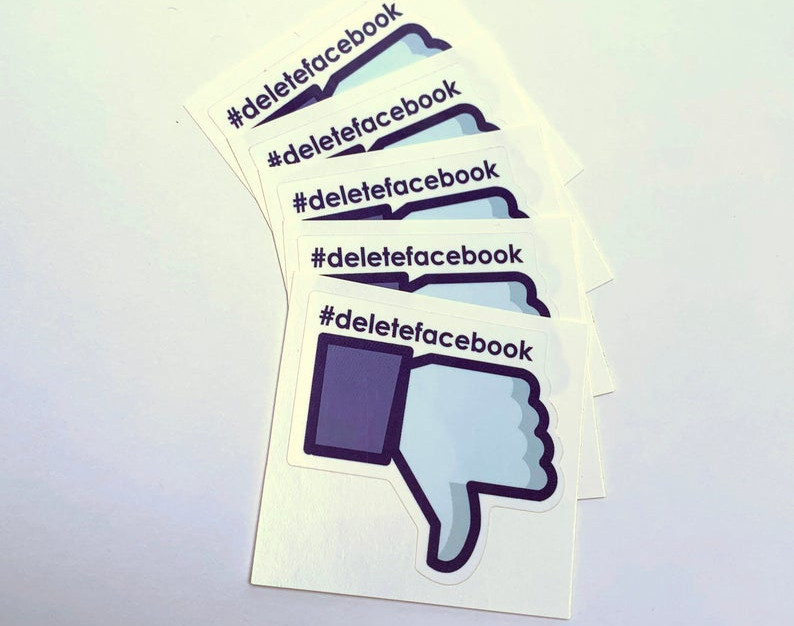 W Aaron Waychoff created these great diecut #DeleteFacebook stickers ($5 for 5); he sells them from his Etsy store where he also offers a bounty of other political stickers, pins and swag.

We've featured some of Waychoff's work before: he made "The Falsum" (a free, open brand for the anti-⊥rump Resistance) and a proof-of-concept camera that encrypted its images before storing them.