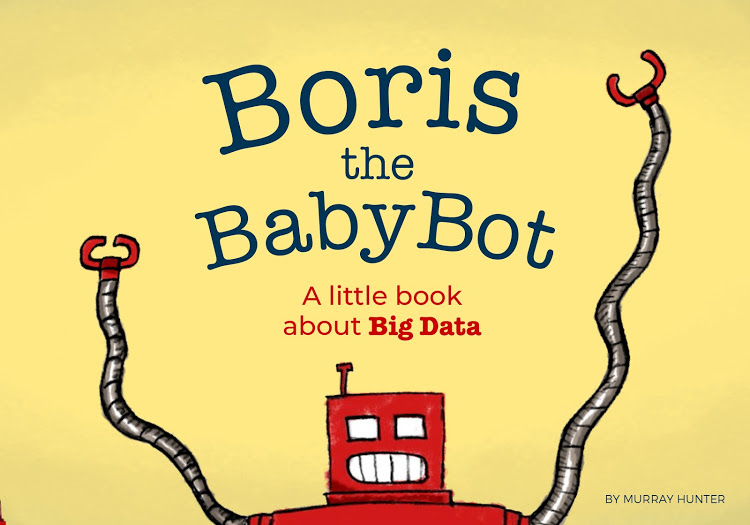 By and large, this is an easy task: Boris scans the babies' smiles and noses and eyes, but records whether they like peas or puppies. But some babies can't be scanned: they're in the bath, hidden by bubbles; or they're covered in so much food their faces can't be captured, or they're just having too much fun wearing a box on their heads, meaning Boris can't get a look at their faces.


When Boris is fired from his factory job, he is initially distraught, but then he formulates a better plan: rather than scanning those babies, he joins them — getting bubbles all over himself, smearing himself with food, and putting a box on his head.


The book — whose crowdfunder we supported last summer — is a delight. A set of accompanying online resources help parents contextualize the story with their kids with fun games and discussion-starters.


Alas, the book is hard to get outside of South Africa and the UK, but you can email murray.hunter@pm.me to buy it direct from the author.