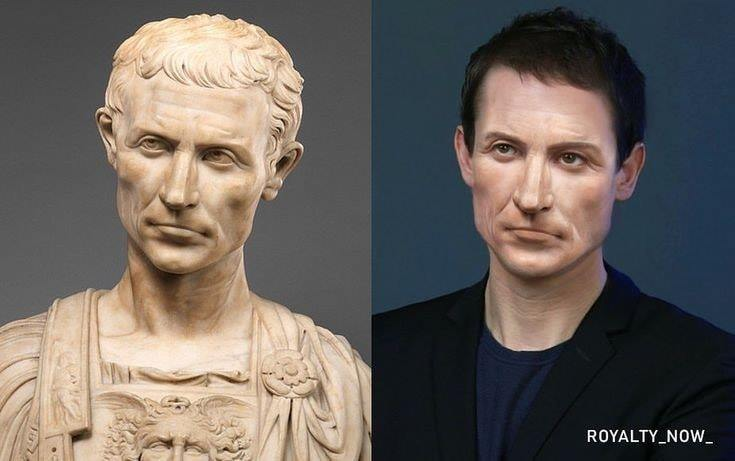 Royalty Now paints over classical portraits and statues to depict famous leaders as they might appear in the modernized flesh.

Above, Julius Caesar. Below, Caligula.