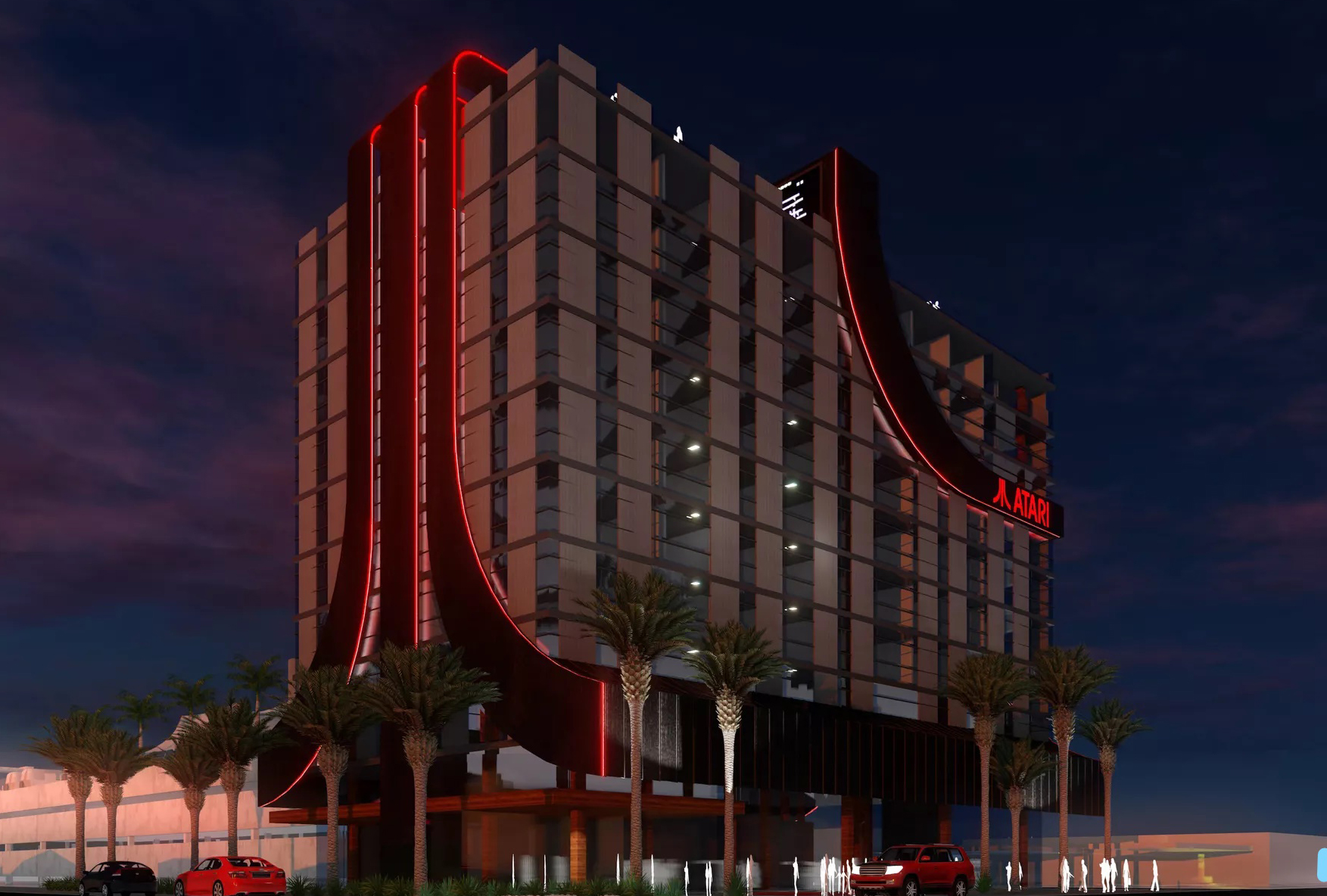 Eight "gaming" hotels featuring the Atari brand are to be constructed in the U.S., reports The Verge's Dami Lee.

The hotels will feature "gaming playgrounds" and some will have facilities to host e-sports events.

Atari will receive 5 percent of hotel revenue, and it received a $600,000 advance for inking the deal. The hotel will be located close to Steve Wozniak’s Woz U university campus in Arizona, which is also associated with the Phoenix-based GSD Group.

Meanwhile, the development of the Atari VCS retro console has been reported to be undergoing significant difficulties, with the console’s lead architect claiming that he hadn’t been paid in over six months. If Atari, a gaming company, is having this much trouble with building a game console, it paints a troubling picture of how the hotels will turn out.

The thing is, "Atari" is not really a "gaming company" anymore. It's an intellectual property portfolio -- one that been stripped and sold-off over the last few years. "Atari" is a name, a few French lawyers, and a licensing agreement taped to a photocopier. In that respect, this deal is a spectacular success.

This outstanding 1982 TV commercial makes me want to play my son’s collection of vintage Atari 2600 games. Except, of course, for Pac-Man.