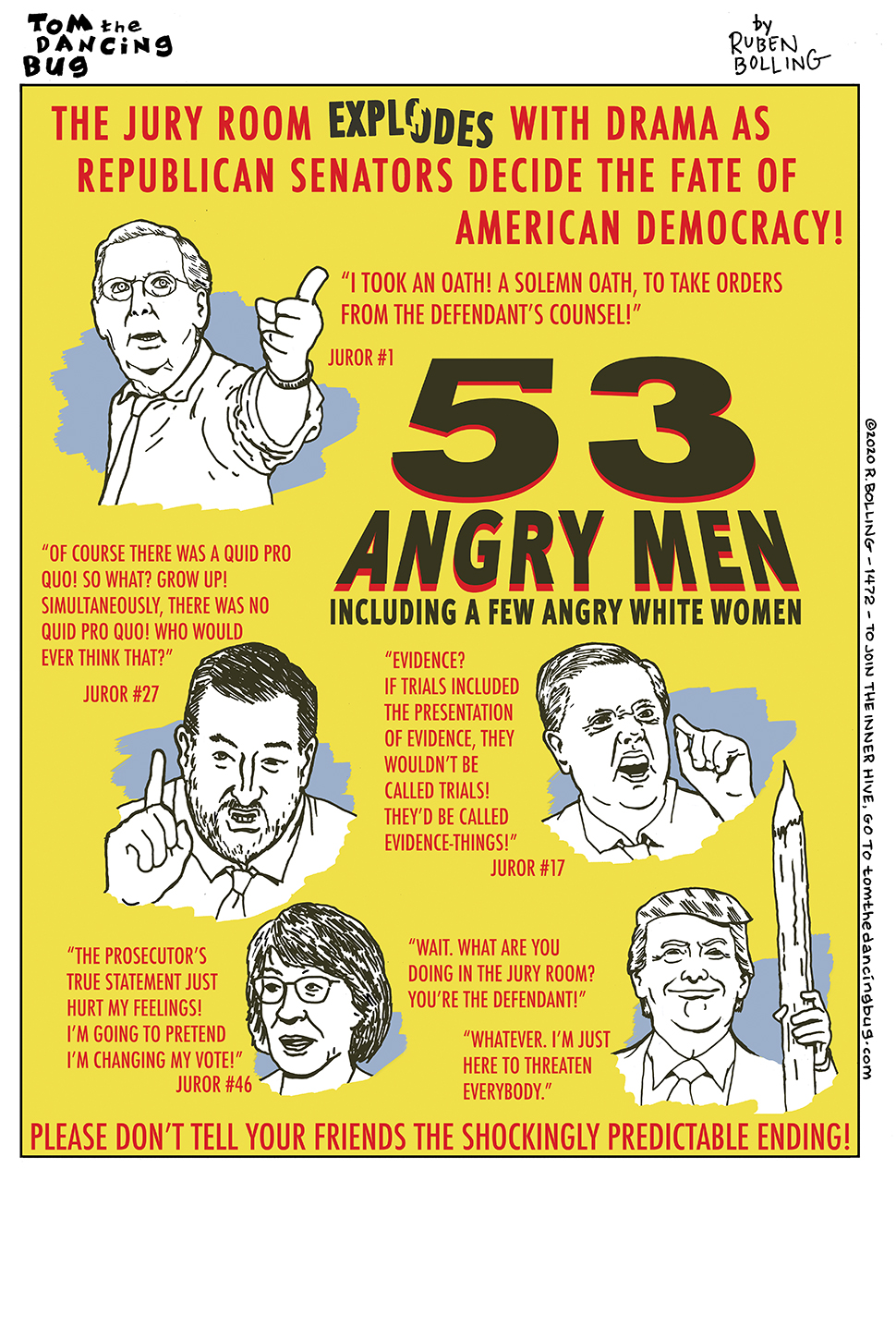 Tom the Dancing Bug, IN WHICH the Impeachment Trial's Republican Jury Room explodes with 53 Angry Men

PLEASE DO join Tom the Dancing Bug's INNER HIVE! Be the first kid on your block to see each week's comic, get extra comics, sneak peeks, insider scoops, and lots of other stuff! JOIN TODAY! (The deadline for eligibility for Patreon Upper Tier rewards for the 2020 year is 1/31/20. Just saying. Info here.)