Mashing up NWA with an old Irish rebel song 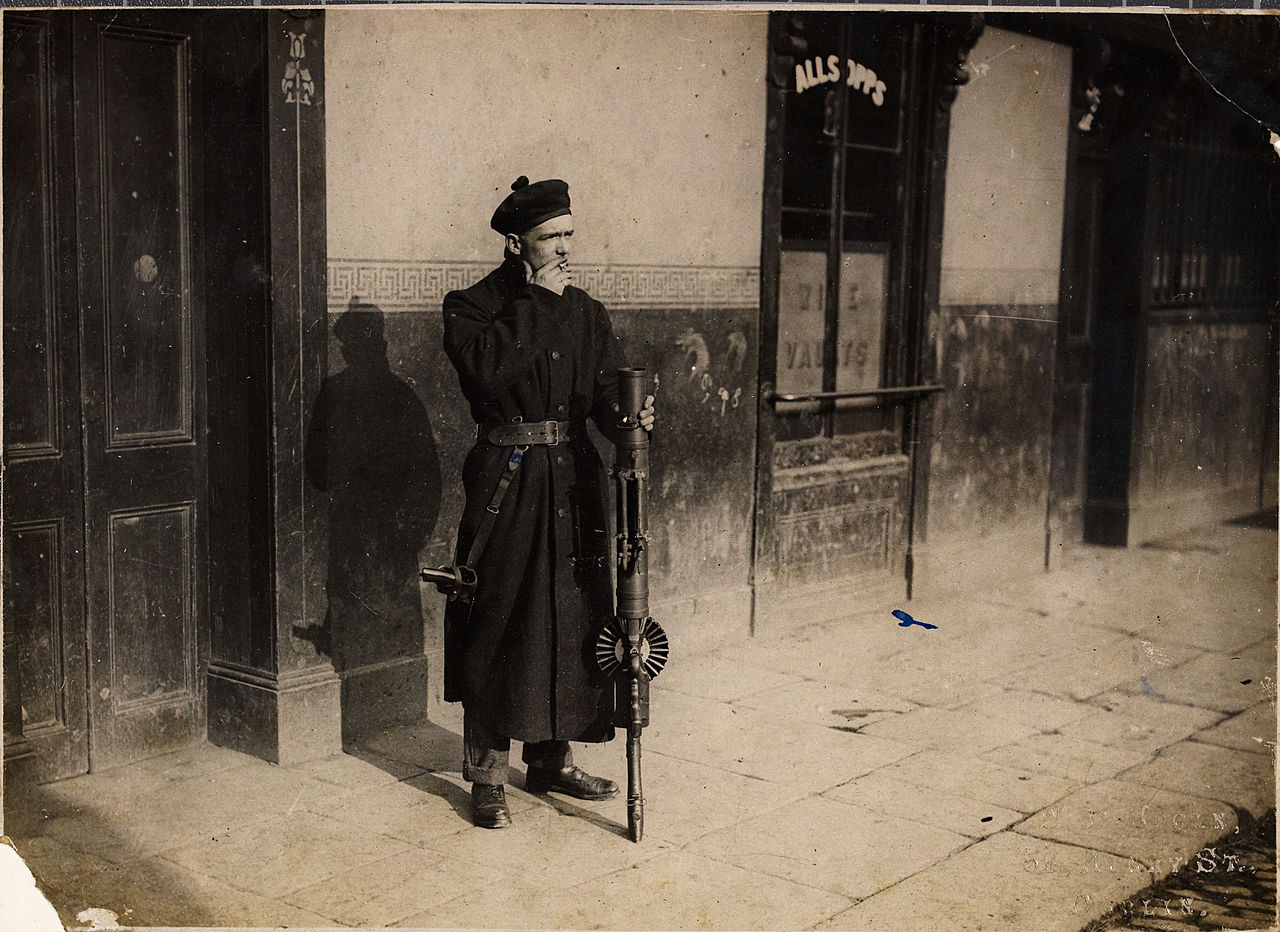 Last year, I cracked a joke on Twitter about the surprising similarities between NWA's "Fuck the Police" and Dominic Behan's famous Irish rebel song, "Come Out, Ye Black and Tans." At the urging of my friend Darach, author and host of the Motherfócloir book and podcast, I recorded a quick video of the two songs mashed-up together, that got a couple thousand views.

This year, I decided to formally record the mashup in my home studio, and release it as a digital single. But shortly after I started working on, the Wolfe Tones' version of the song miraculously returned to the #1 spot on the Irish music charts, in response to a government proposal to commemorate the Irish bootlickers who joined the Royal Irish Constabulary — aka, the Black and Tans — in the 1920s as reinforcements against the IRA during the Irish War of Independence. That's like the US putting up a statue to the soldiers behind the Boston Massacre.

Then, the day after I submitted my song to my music distributor, I got a message from Darach saying that I got a shout-out on this week's Pogues-centric episode of the Motherfócloir podcast — and sure enough, he'd pulled the audio from my earlier video recording of my mash-up, and was already getting requests to hear the rest of it.

So anyway, here's my single version of the mashup. Hopefully all that serendipity actually means something.

"Come Out, Ye Black and Tans (Fuck The Police)" by Thom Dunn

Listen to this compelling mash-up of 50 songs from 1979

As The Hood Internet, Chicago producers Aaron Brink (ABX) and Steve Reidell (STV SLV) have been cranking out compelling mash-ups since 2007. The clip above cuts up and recombines 50 songs from 1979. They intend to release several more single year mash-ups this month. This one features: ABBA, AC/DC, Anita Ward, Billy Joel, Blondie, Boomtown […]

Oneboredjeu slams together Modest Mouse’s “Float On” with Queen’s “Another One Bites the Dust” to great effect.

The Overlook Hotel is a deeply creepy and strange “sequel” to The Shining made entirely from clips from myriad horror films. Directed by Antonio Maria Da Silva who is best known for the excellent edit Hell’s Club (2015).