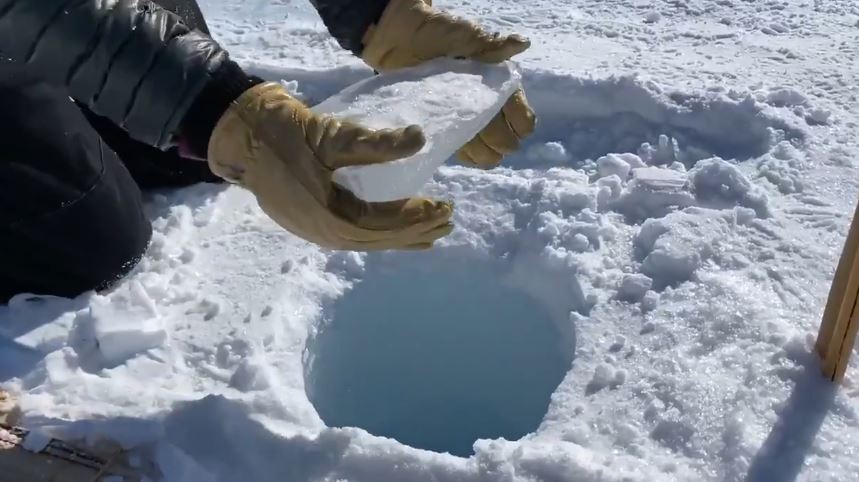 Isotope geochemist John Andrew Higgins asks a question, and answers it: "What does a 9 inch ice core sound like when dropped down a 450 foot hole? Like this!"

What does a 9 inch ice core sound like when dropped down a 450 foot hole? Like this! Credit to @peter_neff for the idea and @Scripps_Polar, @sciencejenna, @GeosciencesPU, @US_IceDrilling, and @paleosurface for the execution! pic.twitter.com/pW7LxKdbUB

It reminded me of the sound of skating on thin ice. Here's another video explaining exactly what you're hearing:

Here's the story on this crazy sound (V1), plus the basic science @blueicehiggins, myself, & others do studying past climate with #Antarctic ice cores. 🇦🇶🧊❄️ pic.twitter.com/QAtjcxXXGh