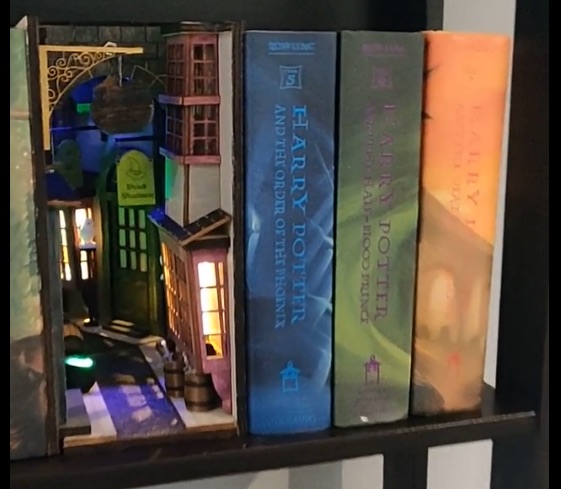 Now here's a miniatures hobby that I didn't even know existed until reading this article on Buzzfeed. Book nooks are spaces between the books on your shelves where you build (or buy) a diorama insert, usually depicting a scene or an environment from a book. There's a Reddit thread dedicated to them.

I made a booknook for a Christmas gift, my inspiration was Blade Runner. It's larger than ones we have see, it's 11" x 6". from booknooks

Witch is watching you from booknooks

[OC] Dare you enter the Doors of Durin and face the long Dark of Moria? from DnD