Oops: A gentleman shatters glass doors as he enters a store with too much gusto 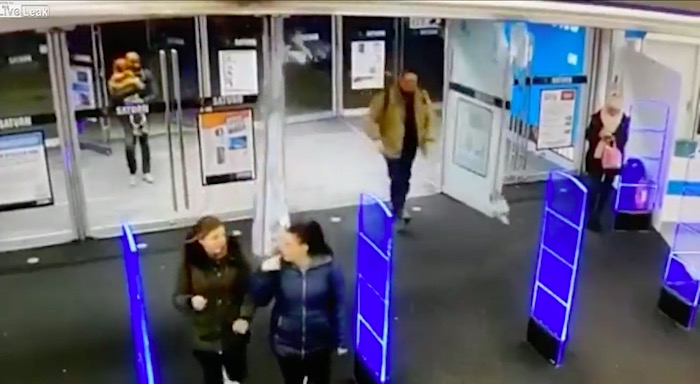 Watch this fellow make a grand entrance – and then look surprised at his own strength. In the end, he does the gentlemanly thing and keeps on a walkin'.