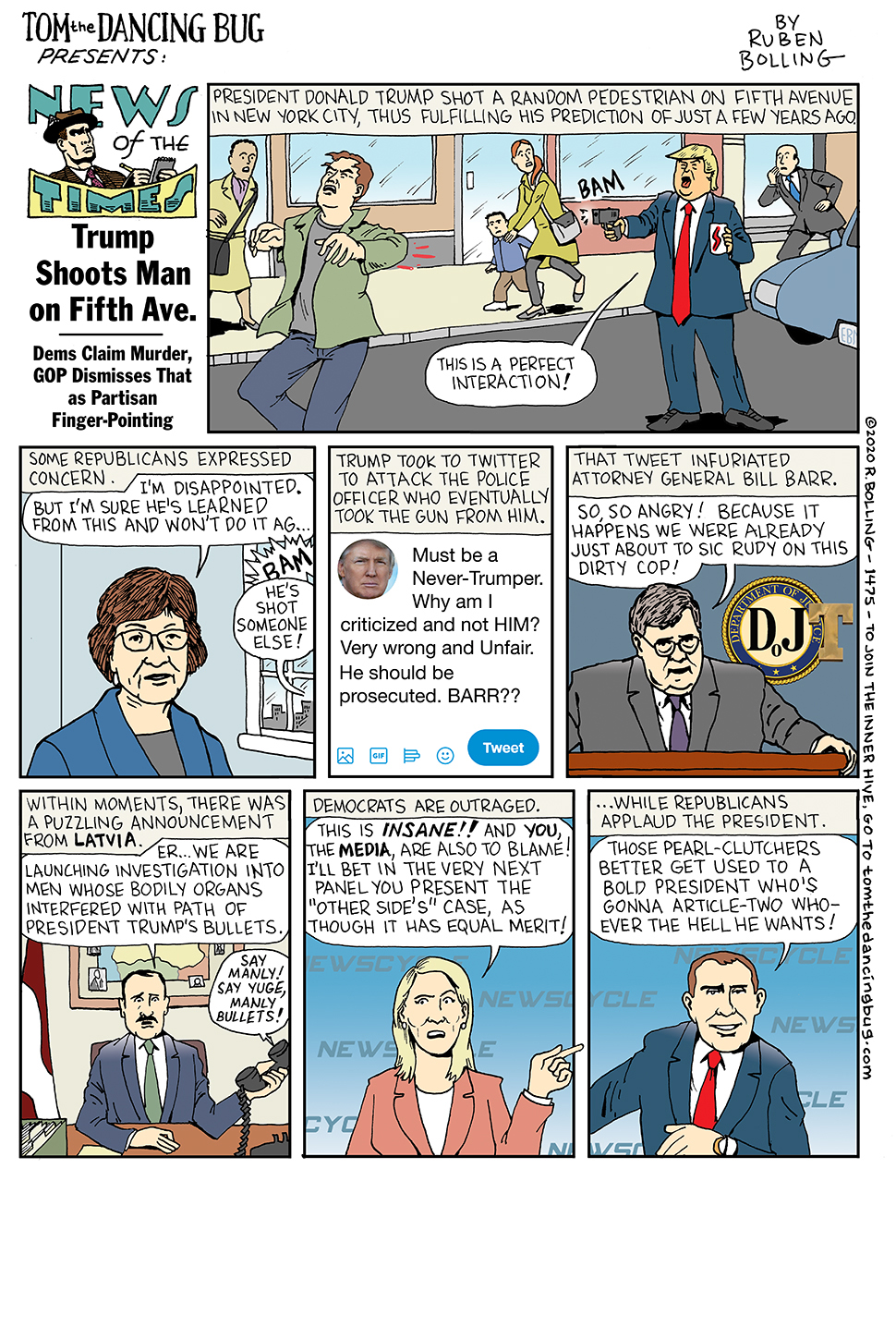 Announcing TWO Tom the Dancing Bug books coming in May from Clover Press, in celebration of the comic's upcoming 30th(!) anniversary--> Tom the Dancing Bug: Into the Trumpverse, and The Super-Fun-Pak Comix Reader! Information about the books, including how to pre-order, and special offers Here!

"Ruben Bolling's craft and commentary are as powerful and as pointed, as capable of making you laugh while breaking your heart as they were when we were all so very young."
from Neil Gaiman's foreword to Tom the Dancing Bug: Into the Trumpverse

Join Tom the Dancing Bug's INNER HIVE! Be the first kid on your block to see each week's comic, get extra comics, sneak peeks, insider scoops, and lots of other stuff! JOIN TODAY!