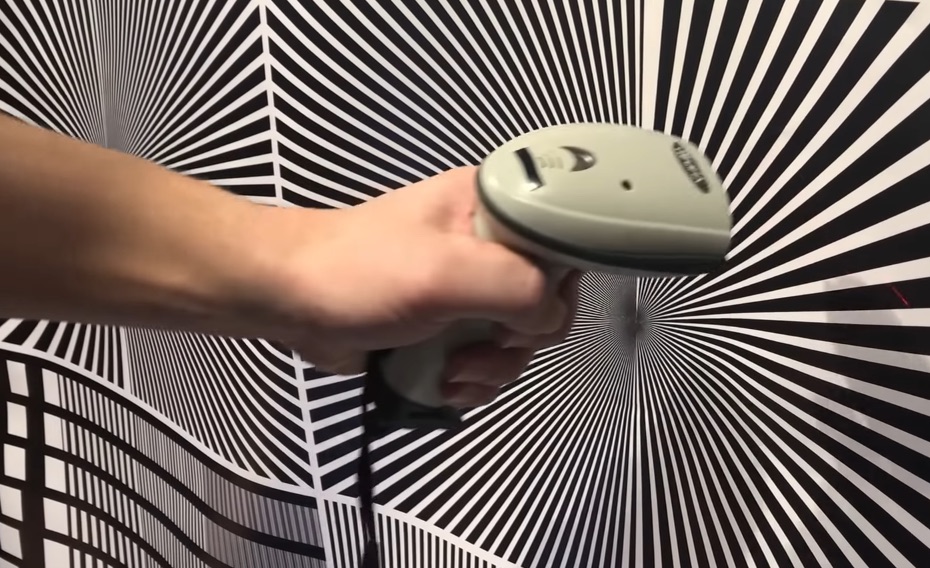 Designed to recycle outdated electronics, multiple musical projects by Electronicos Fantasticos utilize a version of the barcode system found on every package on store shelves. When scanned, each pattern sends a signal to its audio component, emitting the corresponding sound wave. The black and white stripes produce a variety of rhythmic and tonal noises in two instrumental projects: the Barcoder, shown above, and Barcodress, a pattern-covered gown that’s played when the wearer moves in front of the scanner. Artist and musician Ei Wada leads the design group, which said in a statement that its goal is to create an entire orchestra of similar instruments. To watch more of the barcode projects in use, head to Instagram and YouTube.