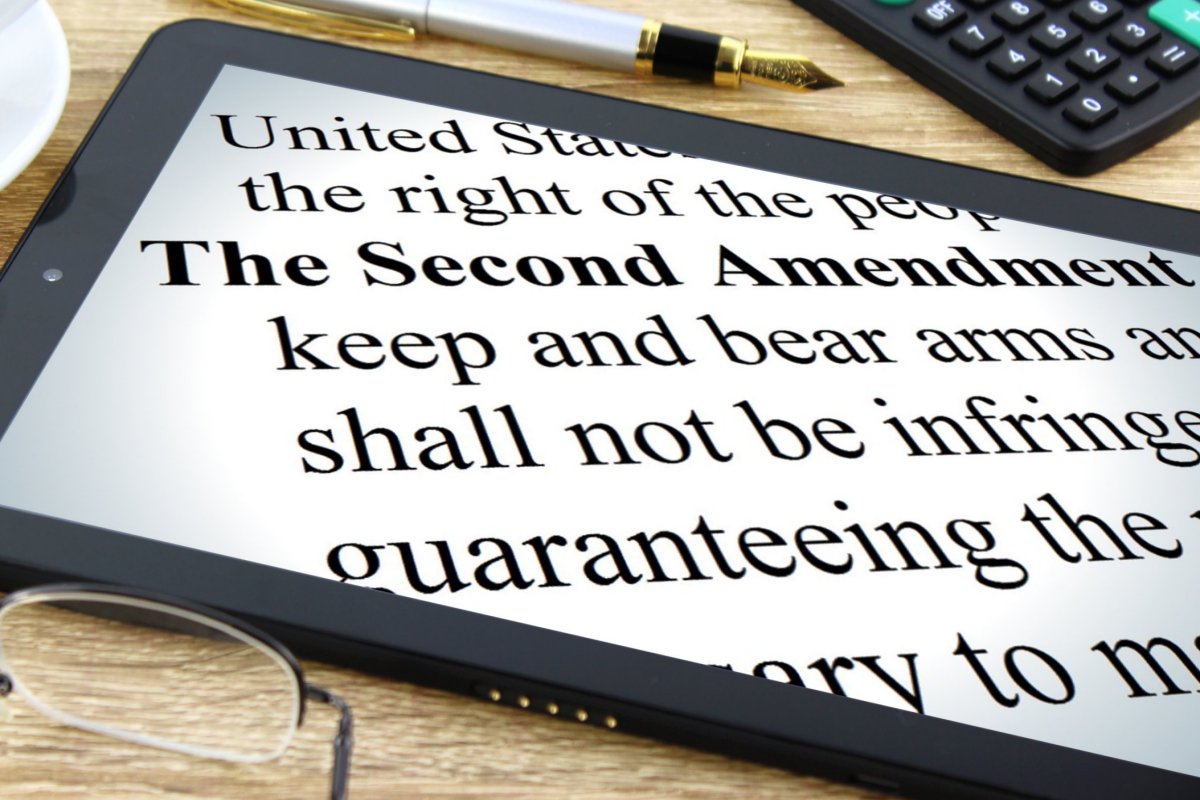 Over at The Atlantic, James C. Phillips, a Fellow with the Constitutional Law Center at Stanford University, and Josh Blackman, a Constitutional law professor at the South Texas College of Law Houston, discuss a novel approach to figuring out what, exactly, the Founding Fathers were actually trying to say: by creating and scanning through a massive database full of more than a billion words culled from formal American and British texts from 1475 to 1800. They specifically searched for instances where phrases such as "bear arms" and "keep arms" were used, and noted the context, the context, and adjacent language that accompanied the phrases to better understand how these terms were actually being used in their historical context.

They then applied their findings to the 2008 Supreme Court opinions in District of Columbia v. Heller, and seeing how well Justice Scalia's majority opinion held up (while acknowledging that Scalia himself can't be faulted for not having access to this kind of computerized database at the time):

[W]e combed through COFEA for a specific pattern, locating documents in which bear and arms (and their variants) appear within six words of each other. Doing so, we were able to find documents with grammatical constructions such as the arms were borne. In roughly 90 percent of our data set, the phrase bear arms had a militia-related meaning, which strongly implies that bear arms was generally used to refer to collective military activity, not individual use. (Whether these results show that the Second Amendment language precludes an individual right is a more complicated question.)

Further, we found that bear arms often took on a military meaning without being followed by against. Thus, the word against was sufficient, but not necessary, to give the phrase bear arms a militia-related meaning. Scalia was wrong on this particular claim.

They took the same approach to Justice Stevens' dissenting opinion in that case, which was largely based on the argument that "keep and bear arms" was a unitary term of art or single linguistic unit, like "cease and desist." Thus, one could not keep arms if one was not also bearing said arms in the context of a militia, according to Justice Stevens. But this didn't quite hold up either:

The phrase keep and bear arms was a novel term. It does not appear anywhere in COEME—more than 1 billion words of British English stretching across three centuries. And prior to 1789, when the Second Amendment was introduced, the phrase was used only twice in COFEA: First in the 1780 Massachusetts Declaration of Rights, and then in a proposal for a constitutional amendment by the Virginia Ratifying Convention. In short, keep and bear arms was not a term of art with a fixed meaning. Indeed, the meaning of this phrase was quite unsettled then, as it had barely been used in other governmental documents. Ultimately, a careful study of the Second Amendment would have to treat keep arms and bear arms as two separate linguistic units, and thus two separate rights.

In the end, Professor Phillips and Professor Blackman found that about 40 percent of the instances in which "keep" and "arms" appeared within six words of each other supported Justice Stevens's opinion, while only 30 percent support Justice Scalia's opinion. Neither result really re-affirms either modern interpretation of the Second Amendment.

I'm not a strict Constitutionalist, and I won't hold my breath that this will change many minds when it comes to gun-related issues. But I still found this to be a fascinating examination of how we can use modern technology to achieve a clearer understanding of the historical context of the founding language of our country. Of course, there are some people who would still resist even the most conclusive results of this kind of study if it dared defy their pre-conceived world views.

The Mysterious Meaning of the Second Amendment [James C. Phillips and Josh Blackman / The Atlantic]