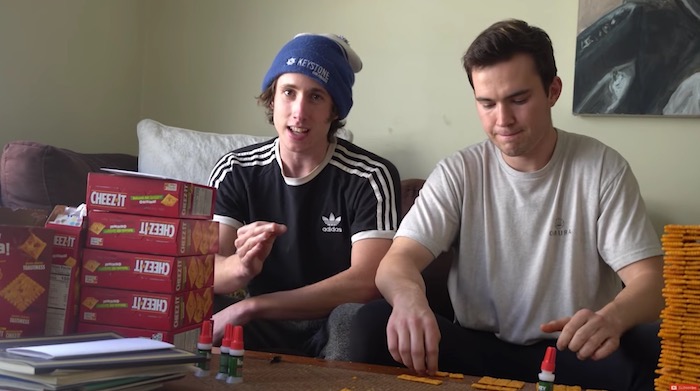 The guys who crowdfunded a campaign to project the word "Sucks" on the Scientology headquarters building in Los Angeles received a letter from Scientology's legal department accusing them of committing a hate crime.  The pranksters deny that it was a hate crime, and show clips of people coming up to them during the stunt asking "is this a hate thing?" to bait them,  which the pranksters were careful to deny.

The letter also includes accusations of trespassing, battery, illegal recording, harassment, fraud. But the pranksters deny these accusations as well.

David Miscavige leads the Church of Scientology, the cultlike sci-fi religion notorious for its hostility to members, apostates and critics alike. His wife, Shelly, hasn’t been seen in public in many years, and few trust the LAPD’s proforma assurances that she is safe, let alone those of the church. Jezebel posted a long story about […]