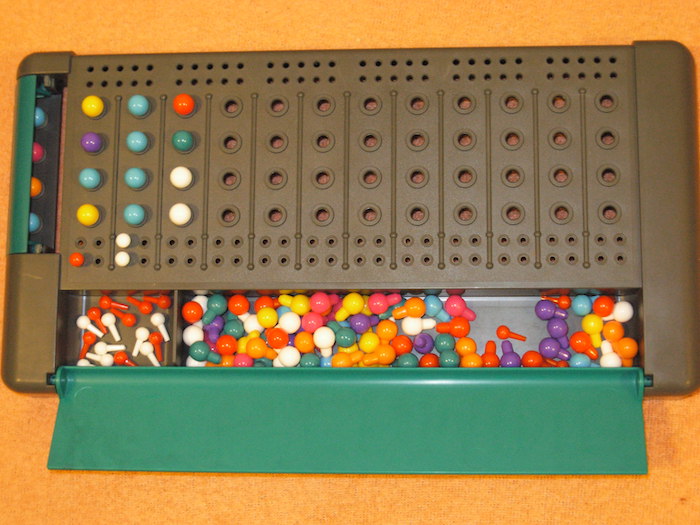 Mastermind, a codebreaking game invented by an Israeli telephone technician in 1970, is a tabletop game for two people. You probably already know how to play it, since tens of millions have been sold since then.

A Vice article titled, "The Mysterious Origins of Mastermind, the Codebreaking Board Game" explores the origin of the game and the mysterious appeal of the box illustration, which didn't even show the game:

Adorning the original Mastermind box was the portrait of a woman, dressy and unimpressed, leaning behind an older gentleman, suited and seated, fingertips pressed. Or, to defer to the commentators of the era:

Those powerful forces were Cecilia Fung and Bill Woodward; respectively, a computer science student at the University of Leicester, and the owner of a chain of Leicester hair salons known locally as “Mr. Teasy-Weasy.” Woodward later switched nicknames to “Mr. Mastermind,” claiming he even bore that title in his passport. (Fung did him one better, taking as her married name “Cecilia Masters.”)

After reading the article, I had to buy the game so I could play it with my family. Amazon sells an updated version of Mastermind for a low price.