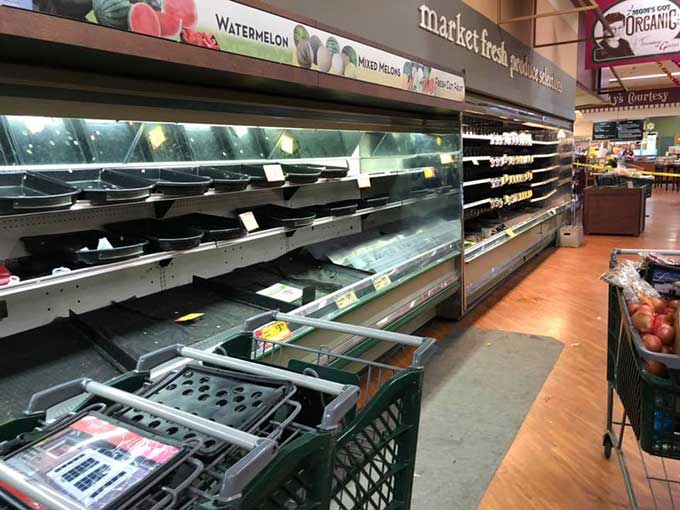 A woman thought it would be good fun to enter a Pennsylvania grocery store and cough on produce, meat, and other fresh food. As a result, the store threw all the food (worth $35,000) she came in contact with away.

[Gerrity's supermarket co-owner Joe] Fasula said his staff "did the best they could to get the woman out of the store as fast as possible" and get police on the scene. He added that the local district attorney's office said it will pursue charges against the woman.

The Hanover Township Police Department confirmed in a statement that it is investigating the incident and that charges would be filed against the suspect, who underwent a mental health evaluation.