IKEA publishes instructions for what to do during pandemic 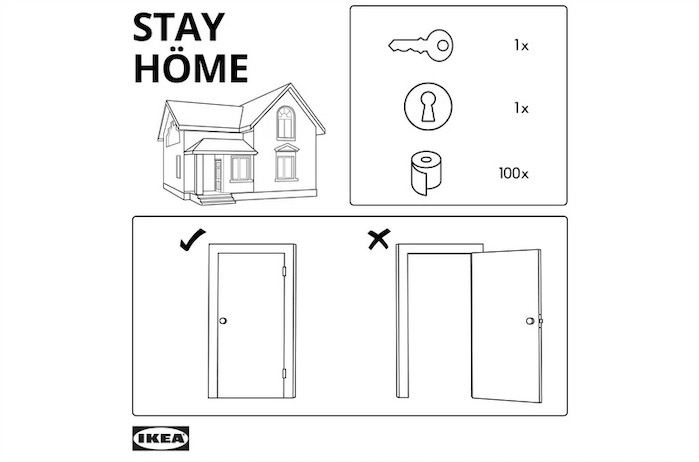 This is probably the simplest set of instructions Ikea has ever made, and yet I suspect many won't be able to follow it.