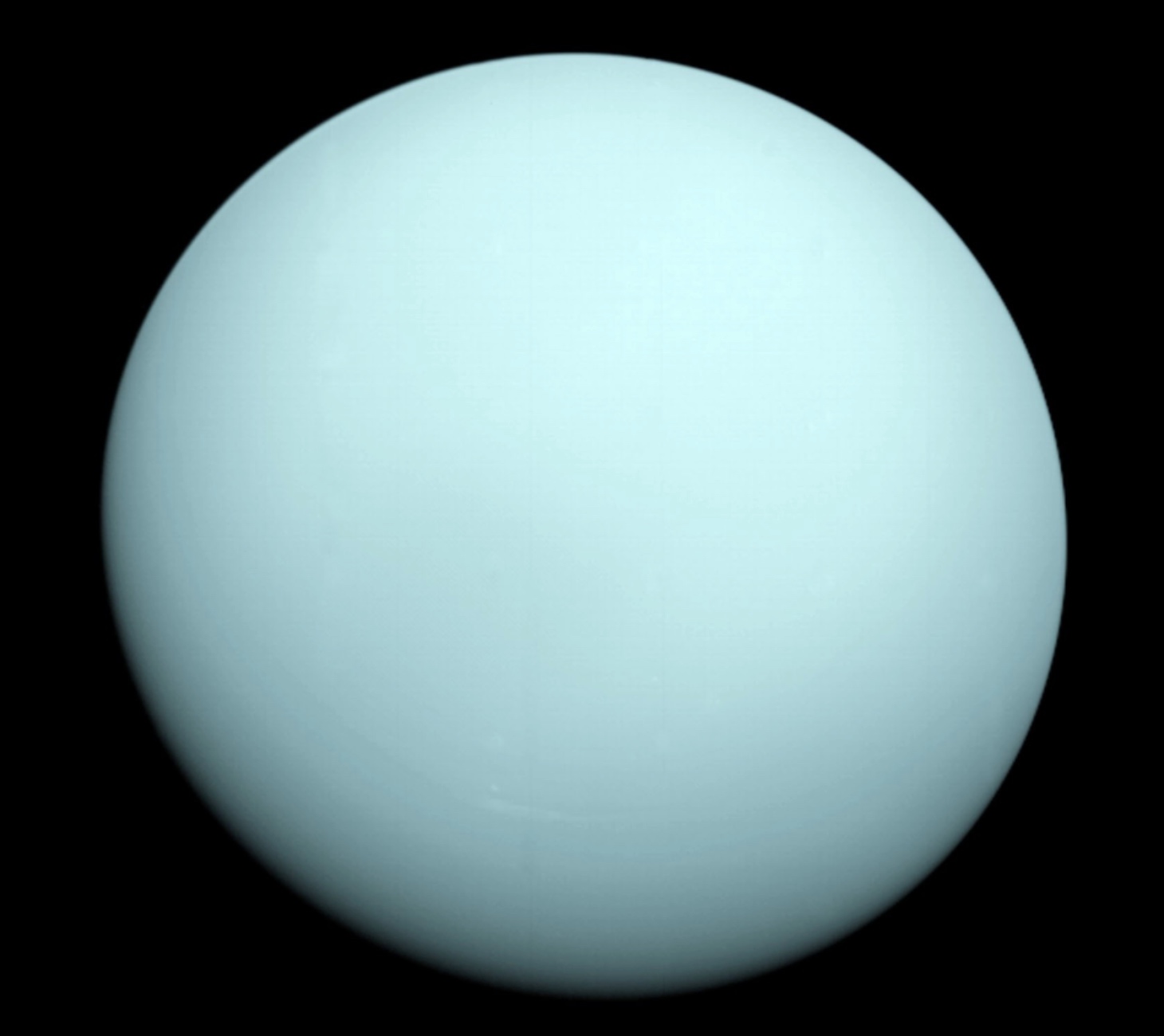 Yes, that is actually Space.com's brilliant headline on this story about a new discovery from data collected in 1986 by NASA's intrepid spacecraft. When the probe neared Uranus (heh heh), it measured the planet's surrounding magnetic field. Recently, NASA scientists Gina DiBraccio and Daniel Gershman analyzing Voyager's old data found a "wobble" in Uranus's magnetosphere indicating a plasmoid, a bubble of plasma traveling away from the planet. From Space.com:

Scientists have studied these structures at Earth and nearby planets, but never at Uranus or its neighbor Neptune, since Voyager 2 is the only spacecraft to date ever to visit those planets.

And from the "plain language summary" of their scientific paper published in Geophysical Research Letters:

Uranus possesses an intrinsic magnetic field that encircles the planet and influences the local space environment. The solar wind plasma, made up of charged particles, flows away from the Sun and interacts with Uranus' magnetic field to form what is called a “planetary magnetosphere.” By understanding dynamics of the magnetosphere, we are able to learn how changes in the Sun can impact the planet's space environment but also how magnetic fields and plasma are circulated throughout the system. In this work, we analyze data from the Voyager 2 spacecraft during the Uranus flyby in 1986. The data revealed a helical bundle of magnetic flux containing planetary plasma, known as a “plasmoid,” in the tail of the magnetosphere. This first observation of a plasmoid in an Ice Giant magnetosphere elucidates processes that occur in the magnetosphere of Uranus and suggests that plasmoids may play a large role in transporting plasma.