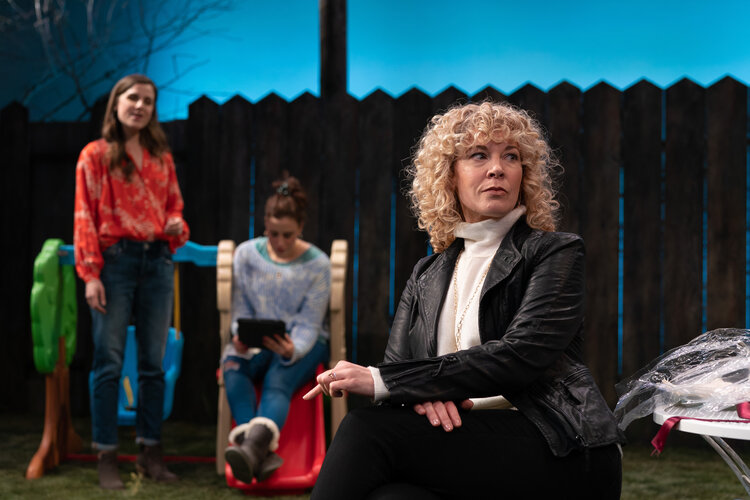 My wife recently directed a production of Cry It Out by Molly Smith-Meltzer, a new play about motherhood and class issues that's been well-reviewed all across the country. They were about to transfer the production from Ithaca, New York up to a larger stage at the Geva Theatre in Rochester — when the first stay-at-home orders came in. Now, after a few weeks of scrambling, they've found a fair and equitable way to share the production online, in a way that will hopefully bring in some revenue for both companies involved.

Here's a synopsis, and a link to watch, if you're interested:

With little in common besides new babies and adjacent backyards, Jessie, a corporate lawyer, and Lina, a nurse, form an unlikely friendship over a series of naptime coffee breaks. But with the addition of their career oriented neighbor Adrienne, another new mom, the duo’s friendship and their individual conceptions of parenthood are put to the test. A candid comedy about parenthood.

I may be biased, but it's really freakin' good (and useful for me to see, as someone who is not a mother).

Cry It Out at Geva Theatre Center [Written by Molly Smith-Meltzer / Directed by M. Bevin O'Gara]