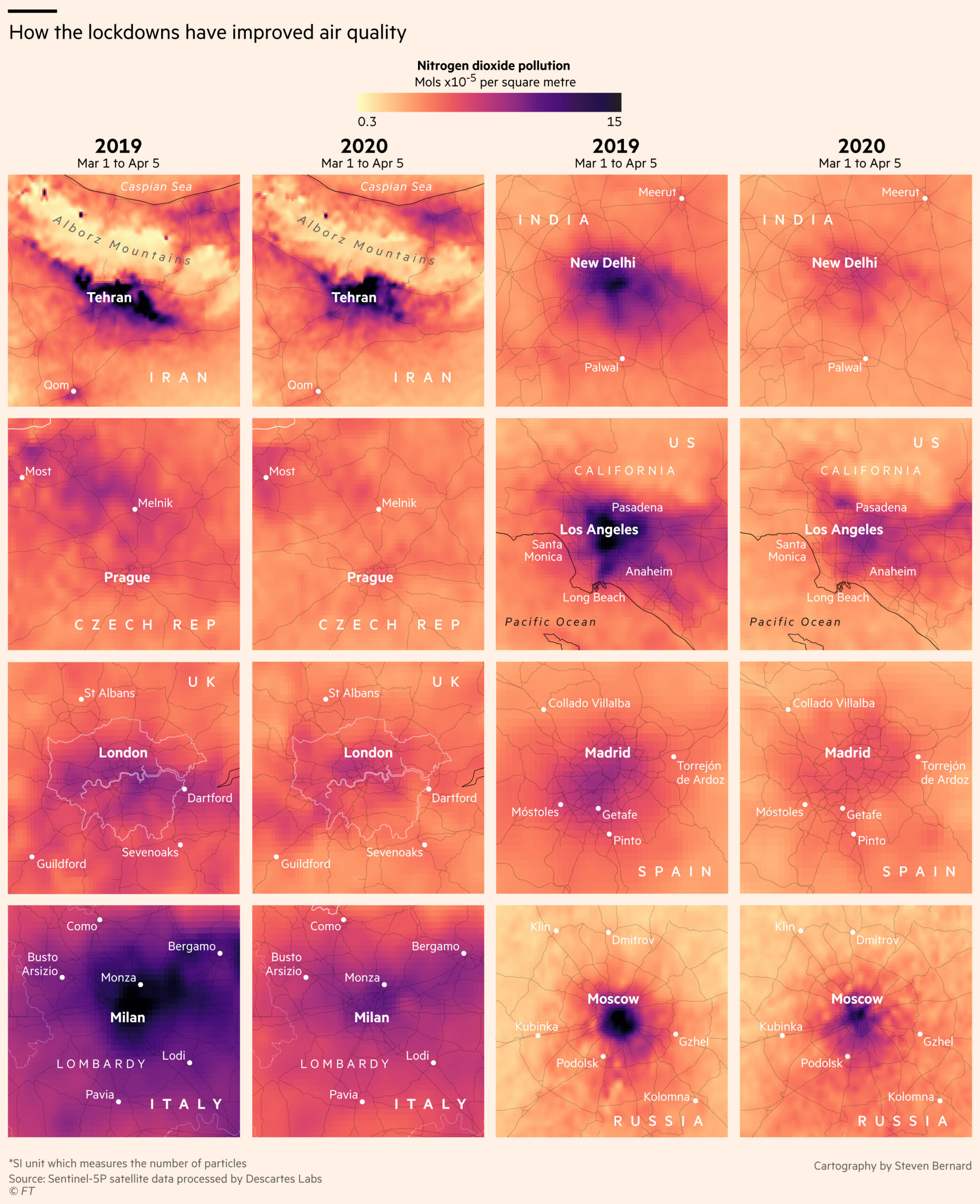 Lockdowns have improved air quality in major cities around the world, per nitrogen dioxide measurements mapped here by Steven Bernard. Most cities, anyway.

I wonder if these maps expose a lack of social distancing, continued work travel, etc., that could be correlated to hidden prevalence of the disease. For example, if little has changed in Teheran's and Moscow's NO₂ output, is that evidence that there's no lockdown and a lot more people are getting it (and dying of it) than they're admitting?

Another unusual pattern that differs from other cities: London, where the country/exurbs are markedly less polluted than usual but a small dense area in the center hasn't changed much at all.

I made a crude diffed version (below), showing the change in output for each city. Black means no improvement (bear in mind rural areas with little pollution to begin with), green means a little improvement, red means a lot of improvement

P.S. Had no idea what a choked hellhole Milan is.