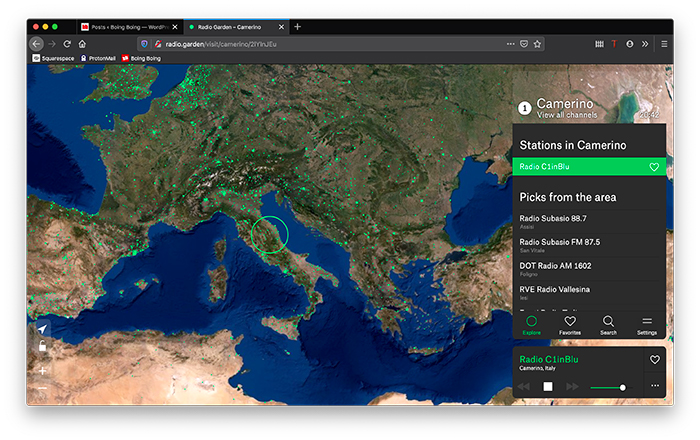 Thanks to the coronavirus, international travel is pretty much out of the question. This, however, doesn't mean that you can't take a taste of a huge number of cultures from around the world, without ever leaving your home.

Radio Garden is a web service with a visual interface that allows you to tune into a vast variety of radio stations from around the world: Spin the globe, zoom in on the region you're interested in listening in on and choose a radio station. You're in business. During a recent trip to Morocco, I got into the kingdom's music scene, in a big way. Thanks to Radio Garden, I'm able to tune in and discover new sounds, anytime I please. If you're trapped inside and hungry for something to do, give it a try. It'll kill at least a few hours of your time