A Calvinesque and Hobbesian look at a pandemic 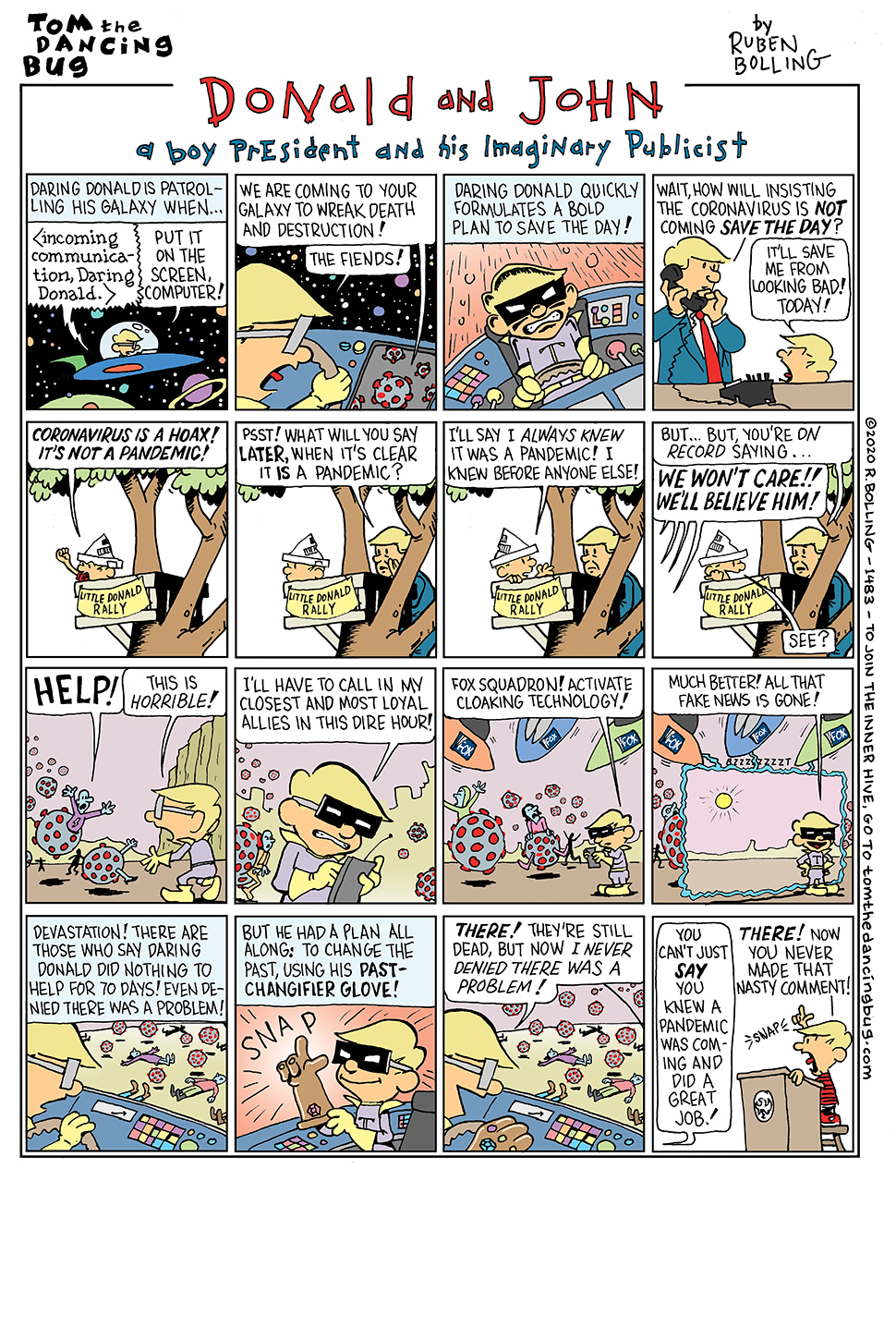 Tom the Dancing Bug, IN WHICH the mischievous imp little Donald is warned of a coming alien virus invasion and leaps into inaction

"Each week Ruben Bolling takes an unassuming little blank white rectangle and fills it up with clever cartoonery, sneaky commentary, and more political laughs than you can shake a stick at. All hail Tom the Dancing Bug!"
-Matt Groening

JOIN Tom the Dancing Bug's INNER HIVE. Be the first kid on your block to see each week's comic, get exclusive extra comics, sneak peeks, insider scoops, and lots of other stuff. JOIN TODAY.