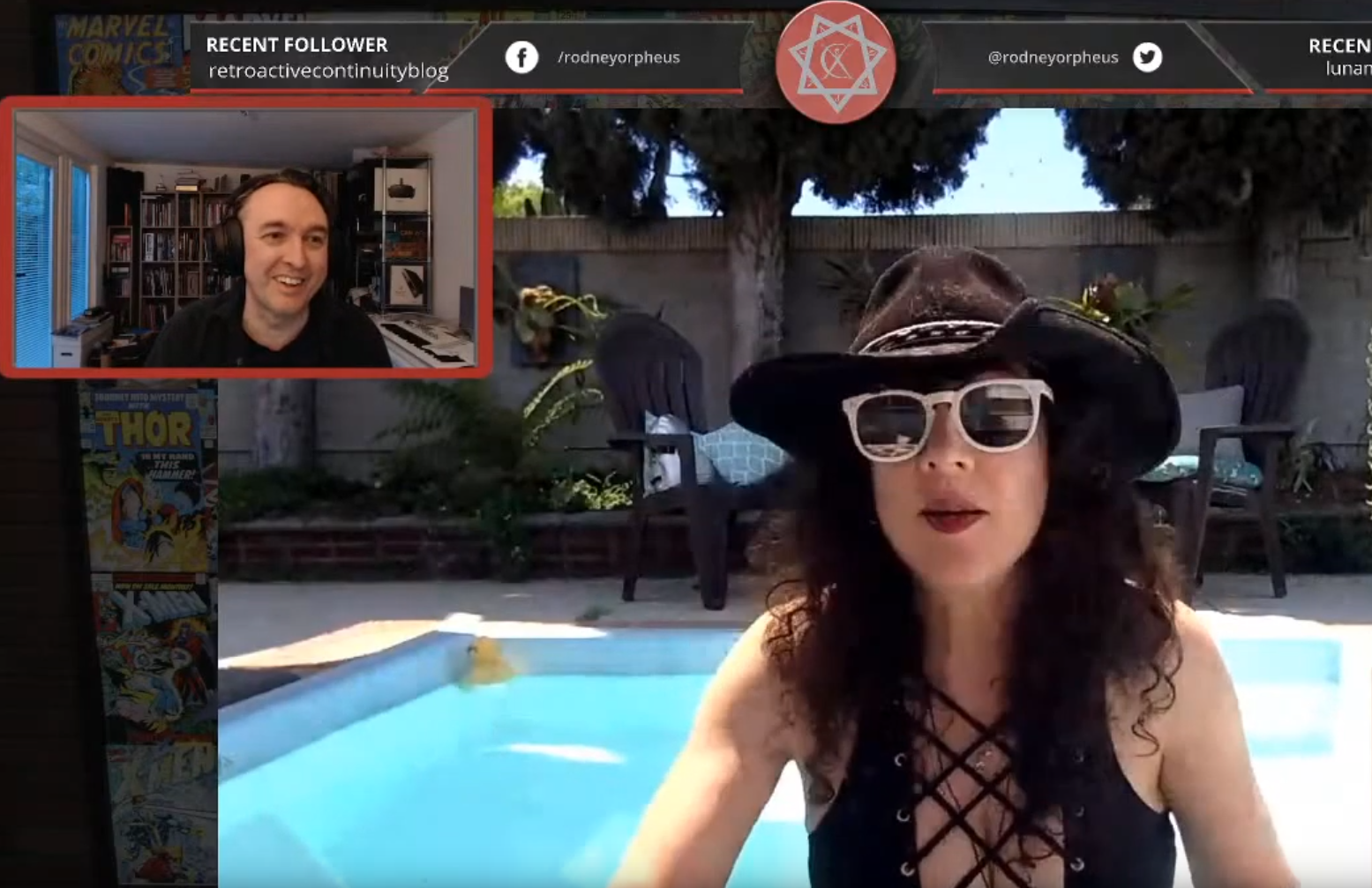 My friend Rodney Orpheus (he of the legendary darkwave electronica band, The Cassandra Complex) has been doing a terrific weekly streaming show, called Desert Island Nerds. The premise is that we're all on our own little desert islands in isolation now, so we might as well play the Desert Island game.

Each week, Rodney has on a "nerd hero" and asks them random questions from a list of 20 (chosen, natch, by rolling a d20). Questions are the typical (what album would you take to a desert island? what book? movie?), but also unusual things like companion animal? luxury item? Outfit?

The show, done from Rodney's own little nerd island in the UK, is surprisingly well-produced and great fun to watch. He's done three episodes so far and each one has been tasty nerd candy. The first episode was with Brian Freisinger, visual FX guy who worked on The Matrix Reloaded, Constantine, and Serenity, Antony Johnston, the man behind the video game Dead Space and writer of the movie Atomic Blonde, and Christina Z, the most successful female comic book writer of all time, creator of Witchblade and Tigra and writer for the Powerpuff Girls comic. The Desert Island conceit is really just an excuse for two uber nerds to enthusiastically yammer on about the novels, comic books, RPGs, video games, music, movies, etc. that they adore.

Next week, Rodney's guest is [reads cue card] Holy shit... ME! We'll be talking about some of my desert island picks and some of the high weirdness and nerd-worthy things I've gotten myself up to over the decades, including writing for this Directory of Wonderful Things.