The best 250 adventure novels of the 20th century 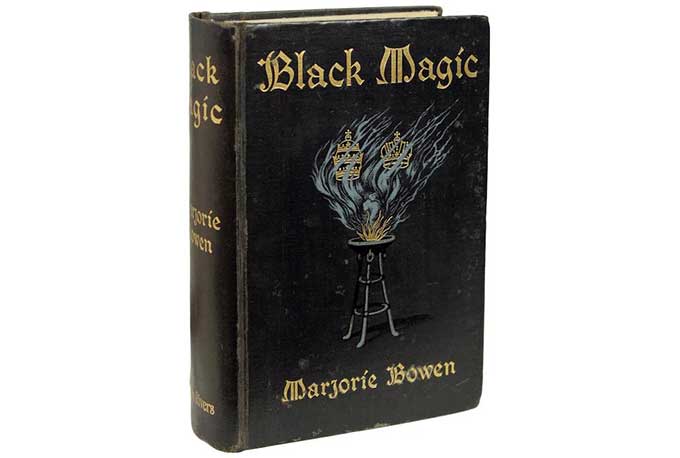 My friend Joshua Glenn is a voracious reader of adventure novels. He's turned me onto tons of great books, and he recently compiled a list of 250 great adventure novels from the 20th century. Many of these books are available on project Gutenberg and other public domain book and audiobook websites. I really appreciate that josh found cover art from early editions of the books, rather than the usually terrible art found on contemporary editions. I want to read them all, starting with Black Magic: a Tale of the Rise and Fall of the Antichrist! (audiobook | e-book)

Marjorie Bowen’s supernatural fantasy adventure Black Magic (1909). In medieval Flanders, Dirk Renswoude, a lonely craftsman of noble birth, meets Thierry, a young scholar who shares Dirk’s fascination with the black arts. Against a background of violent storms, mysterious comets, and a Walpole-esque mood of gothic horror, the two experiment with mystic circles, arcane incantations, and the summoning of demonic visions. Although Thierry is afraid of blasphemy, Dirk is ambitious — and has sworn allegiance to the Devil in return for worldly power. In fact, Dirk aims to become the Antichrist and Satanic Pope! Nevertheless, Dirk is not entirely villainous — he risks everything for Thierry, with whom he has fallen in love… and his backstory reveals a surprise twist that makes us sympathetic to his desire for the agency and independence denied to him by his family. Ysabeau, a cold-blooded schemer and murderess character, also becomes a sympathetic and even heroic figure; and Jacobea, the novel’s tormented heroine, is also well-portrayed. Despite a great deal of awkwardly formal speech, this is a tense, atmospheric thriller that gets entertainingly trippy at times. The novel’s visual set-pieces remind me of Mervyn Peake’s 1946–1959 Gormenghast series. Fun facts: Margaret Gabrielle Vere Long published over 150 historical romances, supernatural horror stories, popular histories and biographies — most frequently under the pseudonym “Marjorie Bowen.” Fritz Leiber, author of the witchcraft thriller Conjure Wife, called Black Magic “brilliant.”