"Live and Let Die" played for Trump during factory tour 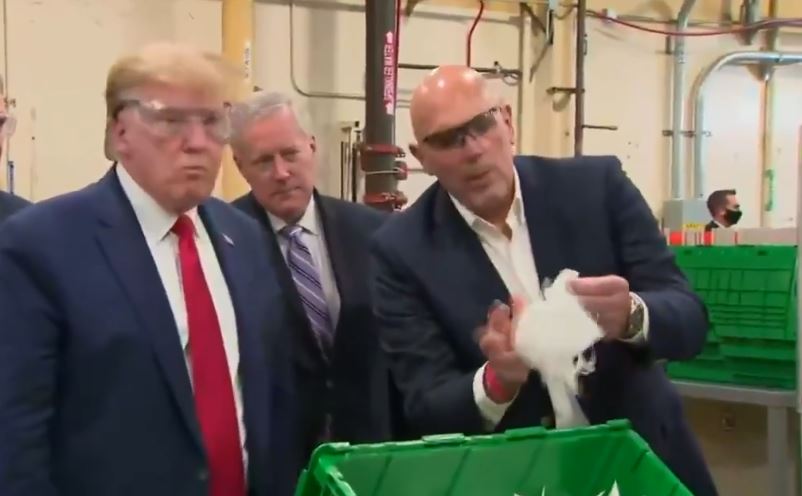 They blasted “Live and Let Die” while Trump walked around a Honeywell plant today in Arizona without a mask. It’s hard to believe this clip is real. pic.twitter.com/M1dMe8KaMK

Republicans broadly agree that mass deaths are an acceptable sacrifice in the effort to "reopen" an economy savaged by the coronavirus pandemic. This approach got its media moment yesterday as Trump toured a mask factory to Paul McCartney's classic hit Live and Let Die.

"They blasted “Live and Let Die” while Trump walked around a Honeywell plant today in Arizona without a mask," writes Aaron Rupar on Twitter. "It’s hard to believe this clip is real."

I keep seeing liberal folks accusing the right of hypocrisy, especially with respect to abortion. This is pointless, because they don't care. We're at the threshold of a sea change, where many right-wingers ditch pro-life rhetoric in favor of blunter, more sectarian weapons. "All life is sacred" was a lie its own proponts hardly pretended to believe in the first place, so why honor it after they abandon it? The post-Roe political reality of "it's not her body anyway" is coming.