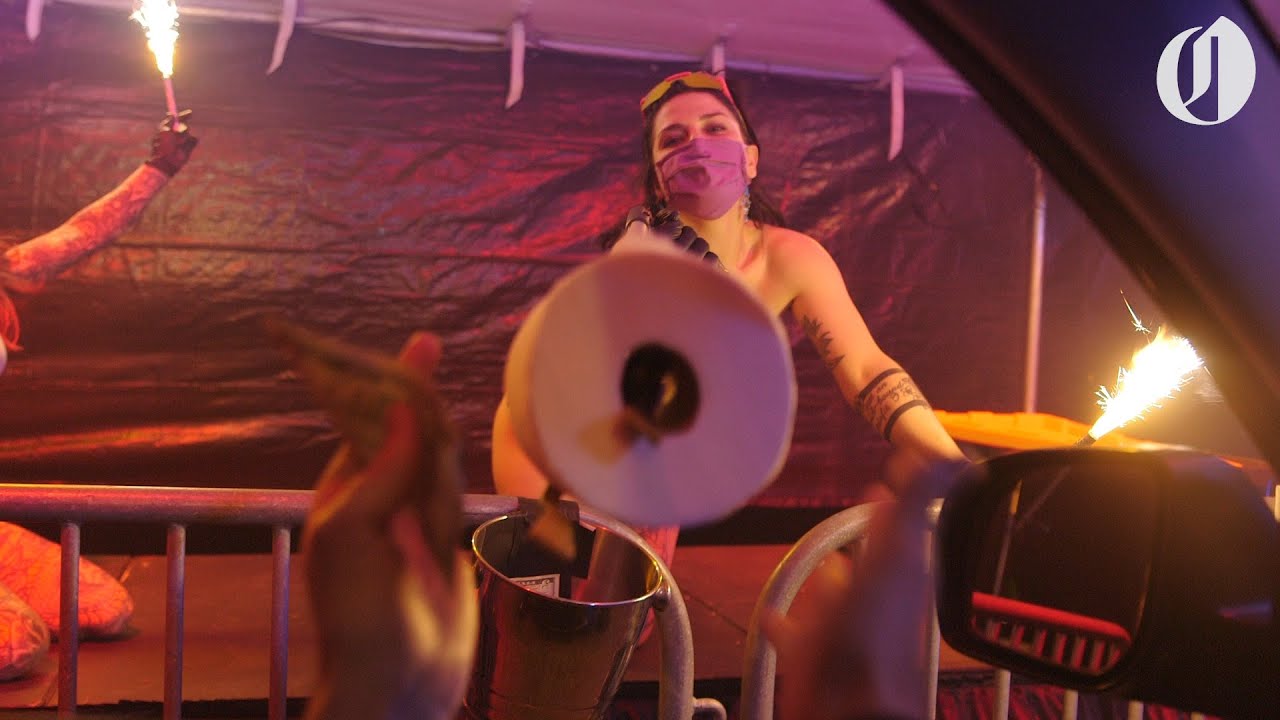 After a cease-and-desist shut down their attempts at a Boober Eats food delivery service, Portland strip club Lucky Devil Lounge has found another new way to keep the lights in this pandemic. "You pull in and you get one or two songs with the gogos, then we bring your food out to you and then you go on your way," explains owner Shon Boulden in the video above.

According to Oregon Live, the service costs $30 per car, plus $10 for each additional occupant, plus a mandatory food purchase. You can still get Boober Eats, too, only now it's served under a different name.

But honestly it just looks like something out of Blade Runner or Neuromancer. I'm just glad the dancers are given some kind of PPE.

These Reuters photos of a strip club in Oregon operating as a drive through takeaway service confirm that we have reached the neon anime sci fi part of our future dystopia. pic.twitter.com/kRKOVz5CWE