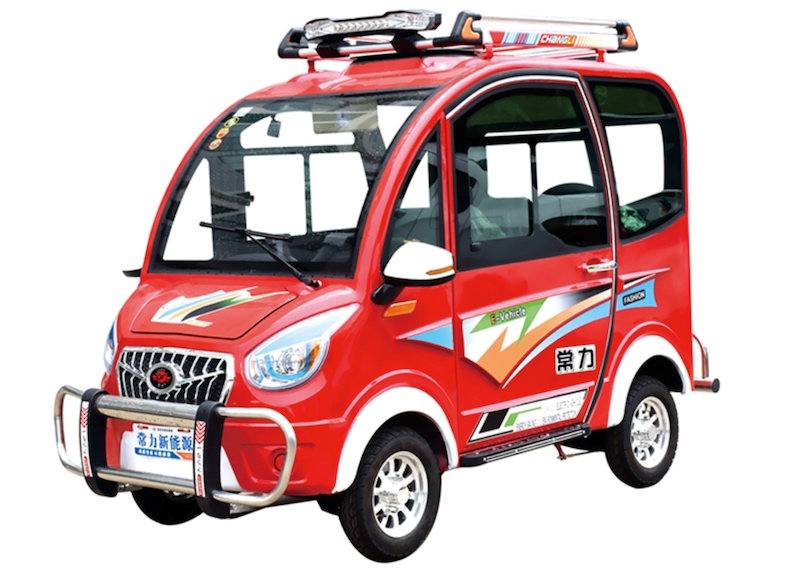 Jalopnik's Jason Torchinsky bought his first new car on Alibaba. He paid $930 for the electric Changli NEMECA, batteries not included. The batteries, likely lead-acid, were an additional $350. Then came all the fees to bring the car from China to the USA and get it through customs. The final total for the car is closer to $3,300 which is still less expensive than the comparison vehicle: a golf cart. From Jalopnik:

What’s frustrating and amazing about all of this is just how difficult it is to find any accurate information about the total cost of shipping something like this from China to America. There’s more information out there for “real” cars, which, legally, the Changli is not, at least in America.

Even though for many elderly rural Chinese people this car—and many other ones very much like it—are absolutely used like real, usable cars, the truth is it’s far closer to a golf cart. It’s only got a 1.1 hp (possibly 1.6? I’ll try to dyno it when it arrives) motor and is much smaller and lighter than even the smallest and lightest of cars you can imagine.

In fact, on official documentation, it’s described, bafflingly, [as a four-wheel electric tricycle.]

Yes, a four-wheel electric tricycle. You know, like a biped with a third leg, or a five-legged quadrupedal dog.