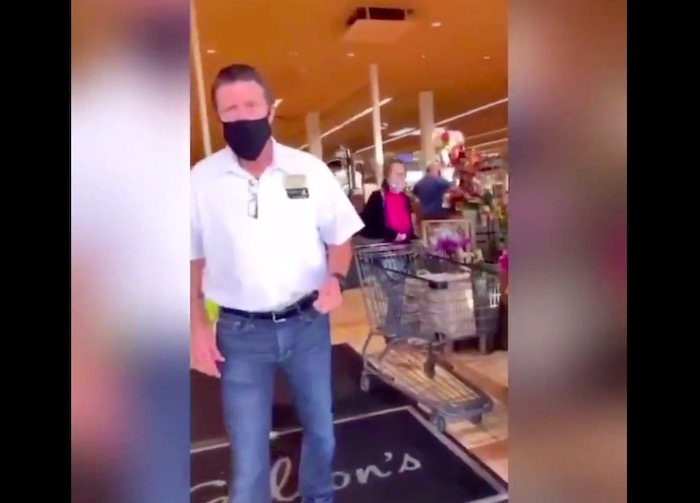 A woman who called herself Shelley Lewis acted rude and arrogant toward Gelson's supermarket employees when they refused to let her into the store without a face mask. She claimed to have a health condition that prevented her from wearing a mask, and told the Gelson's manager that she was being discriminated against. It's perfect that this took place in the affluent town of Dana Point, California.

Karen gets upset that a store won't let her shop without a protective facemask. She then tried to pretend like she's the victim, despite the store giving her options. This is pure arrogance. https://t.co/qgFLhKjgxd #COVIDIDIOTS #COVID19 pic.twitter.com/OXV4EQLOgD

After posting the video, Lewis received backlash online and the video started trending on Twitter. Since the video became viral, Lewis deleted the video off her Facebook page and deactivated her account.

a group of young black entrepreneurs have owned a office building in uptown minneapolis for over a year& got racially profiled at the private gym today🤦🏾‍♀️smh pic.twitter.com/iKmAuW5Tli — nisa (@anisalrh) May 27, 2020 Tom Austin, AKA “Venture Kapitalist Karen,” had his office lease terminated after a video showed him calling the building manager to complain […]

a group of young black entrepreneurs have owned a office building in uptown minneapolis for over a year& got racially profiled at the private gym today🤦🏾‍♀️smh pic.twitter.com/iKmAuW5Tli — nisa (@anisalrh) May 27, 2020   View this post on Instagram   Normally we don’t speak out about encounters of racial profiling and age discrimination that we […]