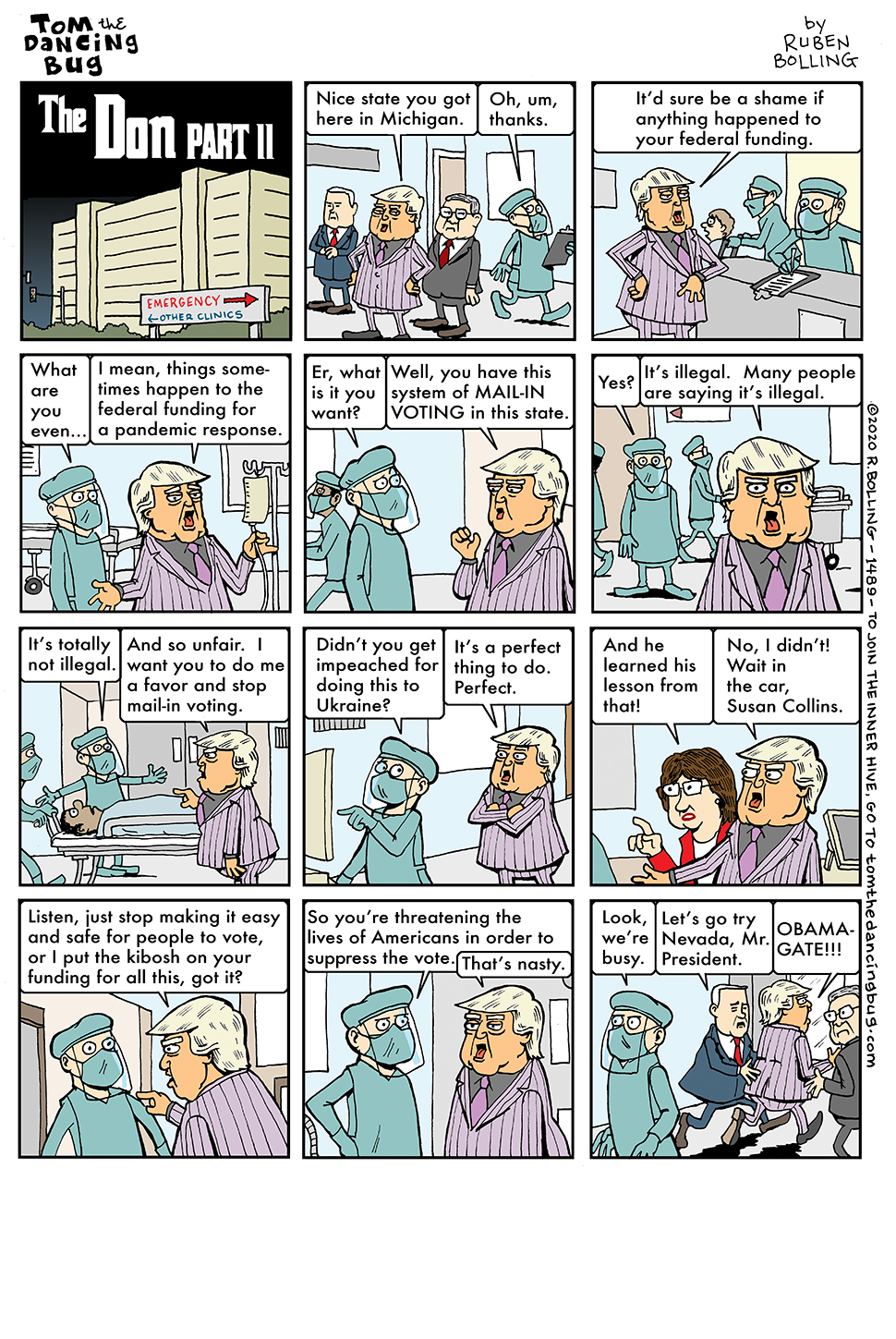 Tom the Dancing Bug, IN WHICH The Don's criminal reign becomes even more brazen, as he publicly extorts a state during a pandemic

"Ruben Bolling has been sending me his secret messages for years, in the form of comics printed first on paper, and then, once paper became extinct, on the internet. I don't know exactly what he's trying to tell me, except he seems to know about everything I find funny, delightful, strange and inexplicable to get my attention, from obscure literary references to negging deep dish pizza. … I still obsessively keep reading, not just because he's hilarious, but because someday I hope to find out who this Tom the bug is, and why he is dancing."
-Peter Sagal