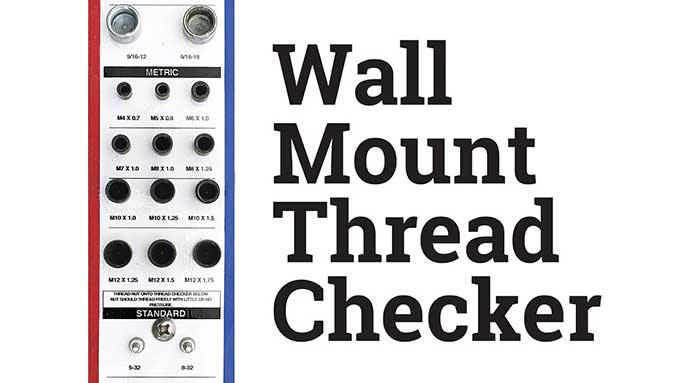 In this Cool Tools video, Sean Michael Ragan reviews a wall-mounted thread-checker - a handy thread verifier for nuts and bolts.

It measures 3" wide by 39" tall, and, like the original version, features both male and female reference threads in a range of standard SAE and metric sizes. It's mounted on a half-inch thick plastic composite board, and the printing is both grease- and waterproof. It has three 5/16” diameter mounting holes for attaching it to the wall, and it is made in the USA, by the same folks who make the original thread checker: S&W Manufacturing of Chicago.

Unlike the original, the wall-mounted version can be used one-handed, which lets you quickly find a particular size in a bin of unsorted fasteners, or identify an unknown thread with one hand while you hold an assembly in the other.