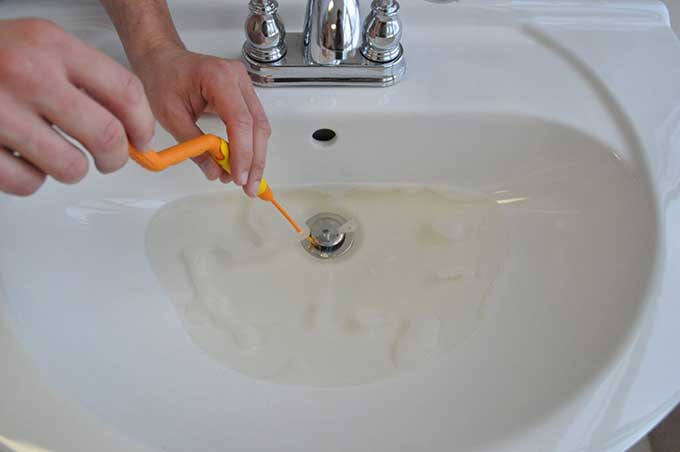 I live in a house with three other people, who have long hair. A lot of it ends up going down the bathroom sink and clogging the drain.

I used to use Zip-It drain cleaners, but I recently tried a Drain Weasel and found it to be much better at getting all the gunky hair out of the pipe.

The business end of the Drain Weasel has a tip of velcro-like fabric. You stick it down the drain and then turn the crank. It will grab all the hair.

The drain cleaning wands are meant to be replaced after each use but the Drain Weasel people said you can clean off the tip, if you dare, and re-use it. As a cheapskate, I cleaned off the tip and it looks good as new, ready for the next clogged sink.