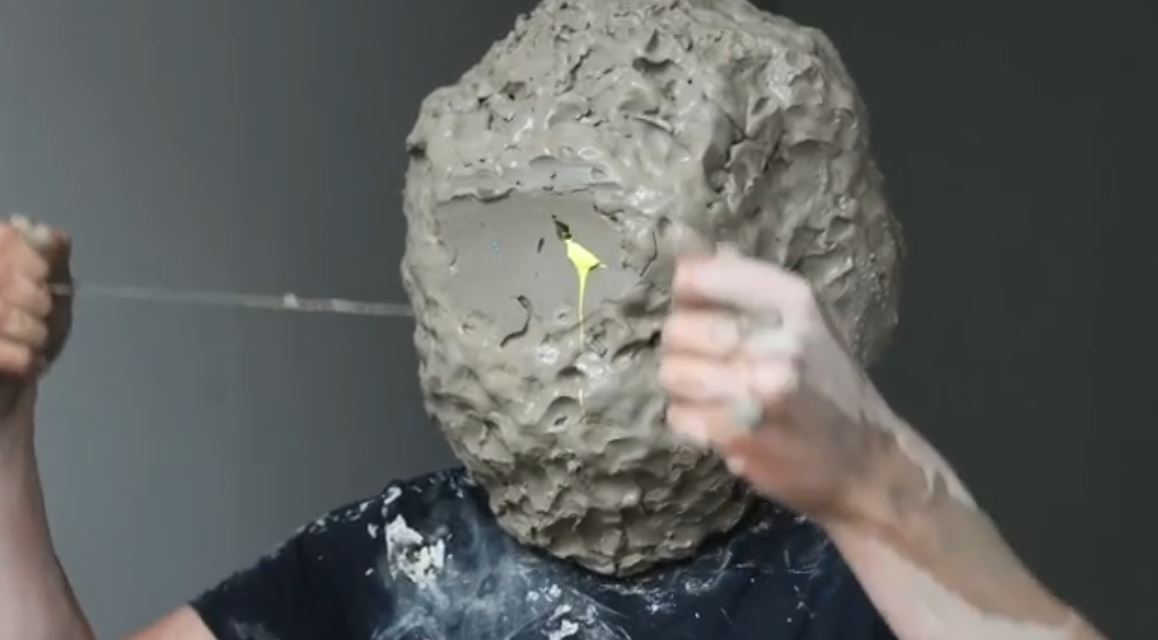 with everything postponed and having to stay isolated, it's been back to just me messing about with clay + camera. big shout-out to @space_studios_london for helping out their artists rn 🙌 #williamcobbing

In this footage, William Cobbing (instagram) wears a giant ball of clay on his head. He slices off layers with a wire to reveal a gooey, dripping face.

with everything postponed and having to stay isolated, it's been back to just me messing about with clay

There are more in the series:

with everything postponed, and having to stay isolated it's been back to just me messing about with clay + camera. #williamcobbing

Do not watch "Hi Stranger" while high