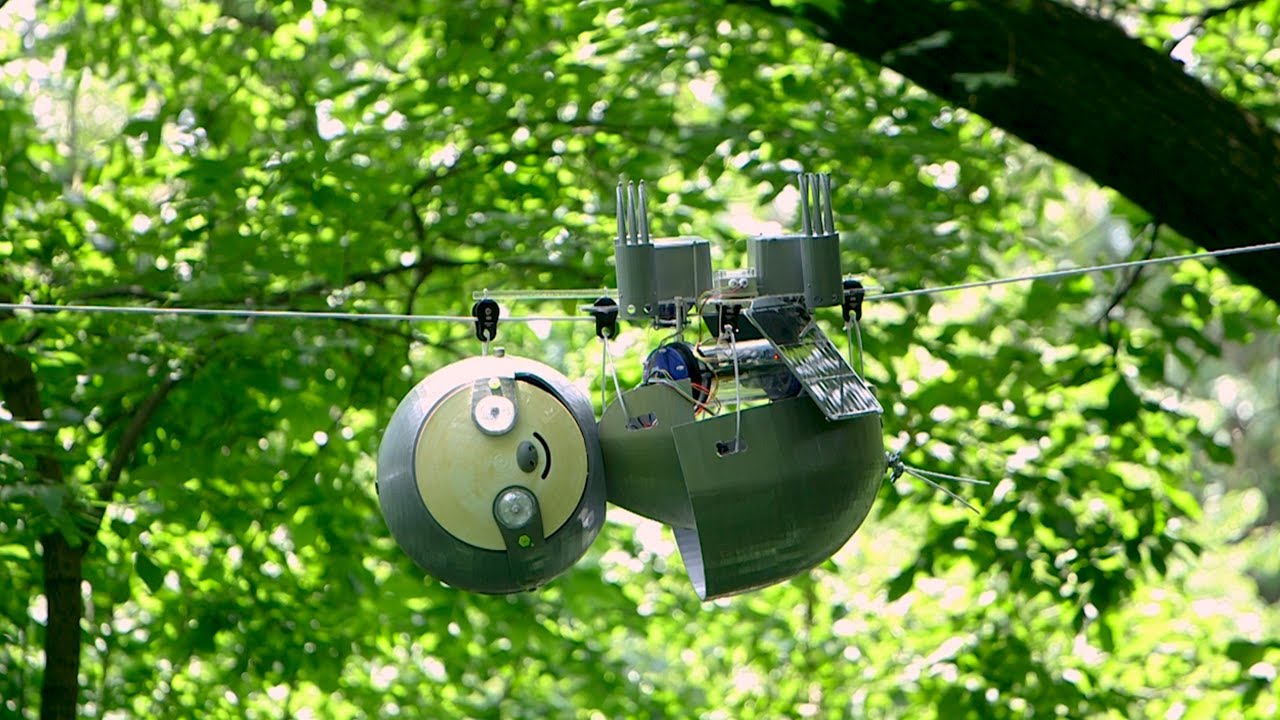 The critters at the Atlanta Botanical Garden look oddly … metallic?

From the Georgia Tech School of Electrical and Computer Engineering:

Their newly developed SlothBot is built to study animals, plants and the overall environment below them by moving as little as possible. It inches along overhead cables only when necessary, charging itself with solar panels to monitor factors like carbon dioxide levels and weather for as long as possible — possibly for years. It even crawls toward the sunlight to ensure it stays charged.

The 3D-printed shell helps SlothBot blend in (at least in areas where sloths live) while sheltering its equipment from the rain.

The robot will start by watching over the Atlanta Botanical Garden for several months, hanging from a lone 100-foot cable.

The adorableness appears to be an incidental bonus.