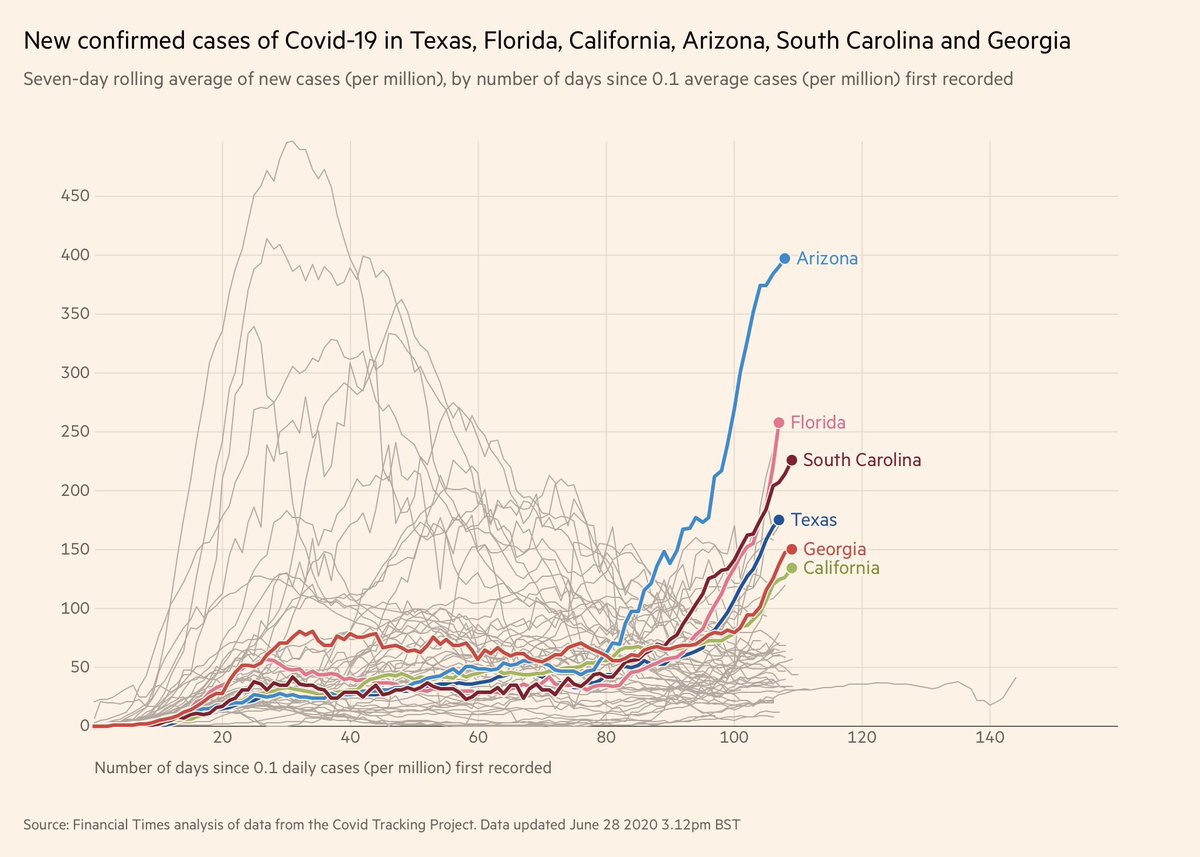 The Financial Times' latest chart of newly confirmed cases by state per capita, represented as a seven-day rolling average, suggests that the best place to go on vacation this summer is your own bed.

There are concerns, however, that reported Covid-19 deaths are not capturing the true impact of coronavirus on mortality around the world. The FT has gathered and analysed data on excess mortality — the numbers of deaths over and above the historical average — across the globe, and has found that death tolls in some countries are more than 50 per cent higher than usual. In many countries, these excess deaths exceed reported numbers of Covid-19 deaths by large margins.

US reporting appears excellent in general, notwithstanding the President's efforts to limit testing to work the numbers. You can't hide that many bodies for long. Florida is the obvious weak spot, with governor Ron DeSantis constantly in the news for statistical shenanigans.