Ramen facemask makes it fun to have fogged-up eyeglasses 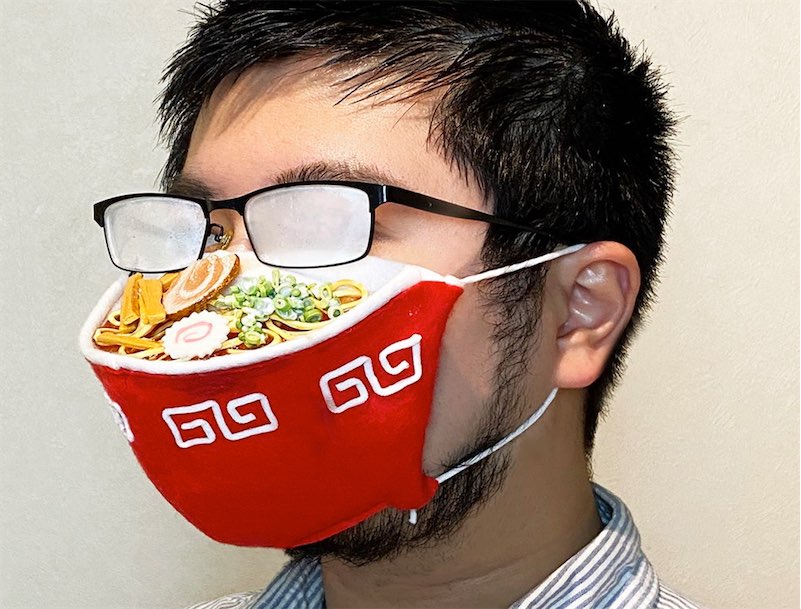 Animator Takahiro Shibata made this delightful facemask that turns fogged-up eyeglasses into a fun feature of the design.

"I made a mask for people with glasses," reads Shibata's translated tweet. "The more clouded your glasses are, the hotter you can see the ramen."

“The eyeballs move!” — Michelle Bates, co-creator of the van mask This is the week my daughter and I had expected to be vacationing on Vashon, a lovely island in the southern Puget Sound where a dear friend of mine resides. Our plans were, of course, thwarted by the pandemic. Now, my friend has been […]