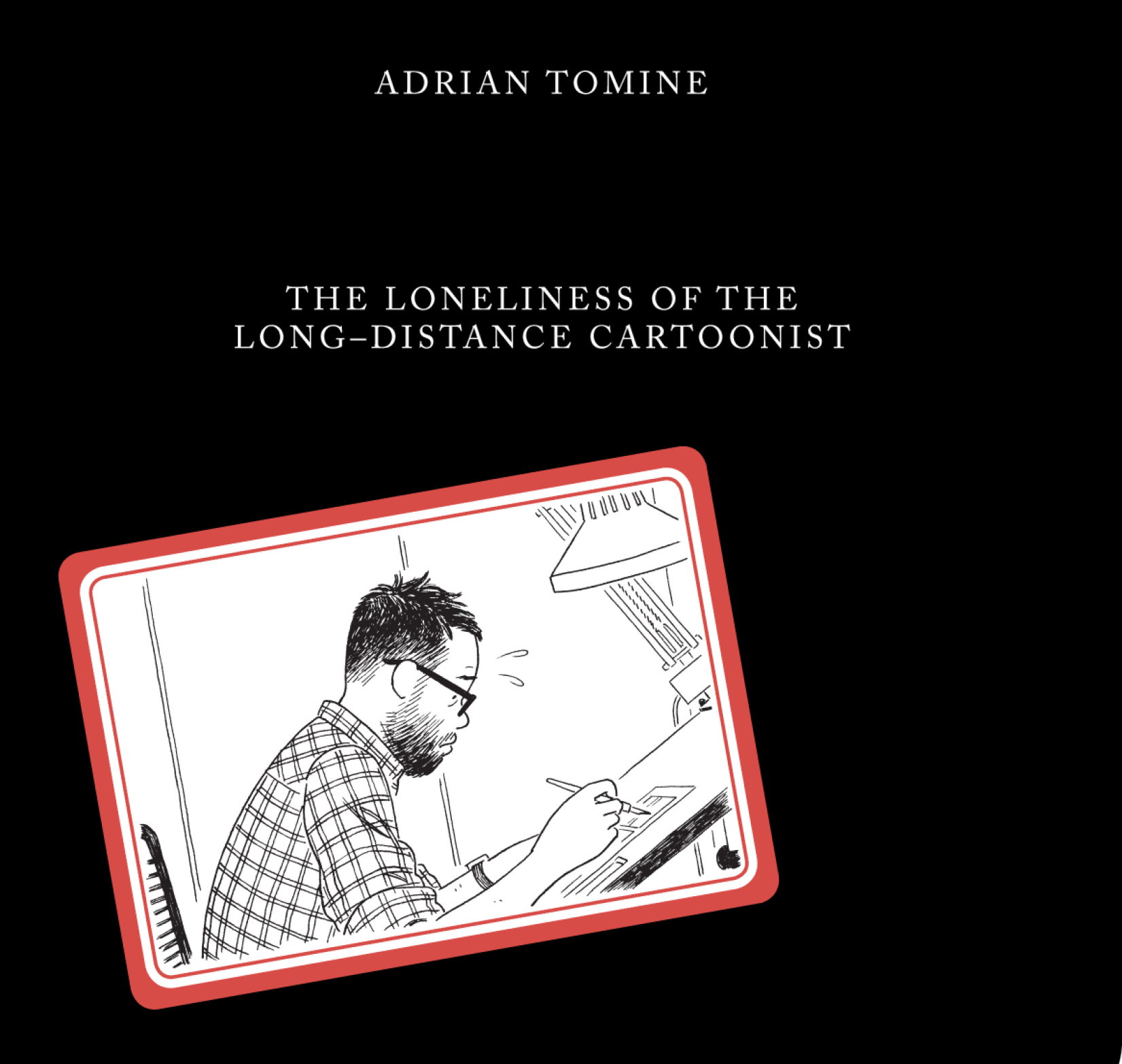 What may be called success by some looks more like death by a thousand mortifying cuts in Adrian Tomine’s The Loneliness of the Long-Distance Cartoonist. Humanity’s predilection to focus on our worst reviews and “should’ve-saids” is the guiding force in this autobiographical graphic novel chronicling a life devoted to comic art, for better or for worse (mostly worse). Every insult, shitty review, and awkward encounter has been meticulously catalogued and presented for further painful public scrutiny, from getting mollywhopped on the playground for loving Spider-Man too hard to getting snubbed at the Eisner Awards during his “boy wonder” cartoonist superstar years to every catastrophic book signing, flubbed interview, and ill-timed bowel movement ever since.

As a casual witness to Tomine’s early career, I don’t recall any of the empty signings or ostracism described in this latest graphic novel. To the contrary, I remember hordes of indie college kids with A-line bob haircuts, wearing mod parkas, looking so much like one of his characters it was pretty much cosplay, all of them standing in a huge sprawling line waiting to get a book signed. These were the same kids who probably listened to Modest Mouse and couldn’t wait for the next Harmony Korine movie to drop. While some of these very same kids were likely spending their formative years experimenting with typical 20-something rites of passage, Tomine describes a coming-of-age experience spent either chained to the drawing table meticulously honing his craft or hanging out with grown-ass men (his true peers).

This could have been another perpetually-kvetching cartoonist autobio in the hands of different artist, but two things in particular set it apart. One is the authenticity and excruciating attention to detail when recounting each horrific embarrassment. In a scene so unbelievable it must be true, Adrian and his date (and future wife) Sarah are seated next to a man in a restaurant who begins eviscerating one of Adrian’s previous graphic novels to his partner, unaware that the author is sitting right beside him.

As the man blusters on about “forced ambiguity” and other “writer’s workshop bullshit,” Adrian and his date change tables to escape, but they can still hear this guy ranting from across the restaurant. Finally, Sarah stands up to confront the man and Adrian has to beg her to stop. “Are you insane? I will literally die if you do that!” She relents and they ditch the restaurant and go out for pizza. Sitting across from her at the pizza joint, Adrian thinks “I’m going to marry this woman.”

Excerpt from The Loneliness of the Long Distance Cartoonist.

And this is the other thing that elevates this book. A secondary narrative where Adrian becomes a husband and a father. It's quiet and understated but provides the emotional underpinning that drives this book forward.

I basically lived in a garbage can throughout the ‘90s and I’m pretty sure I wasn’t Tomine’s target demographic back then. But time marches on, thank god, and this book is a fully-realized treasure, well-worth every humiliating moment that fueled it.