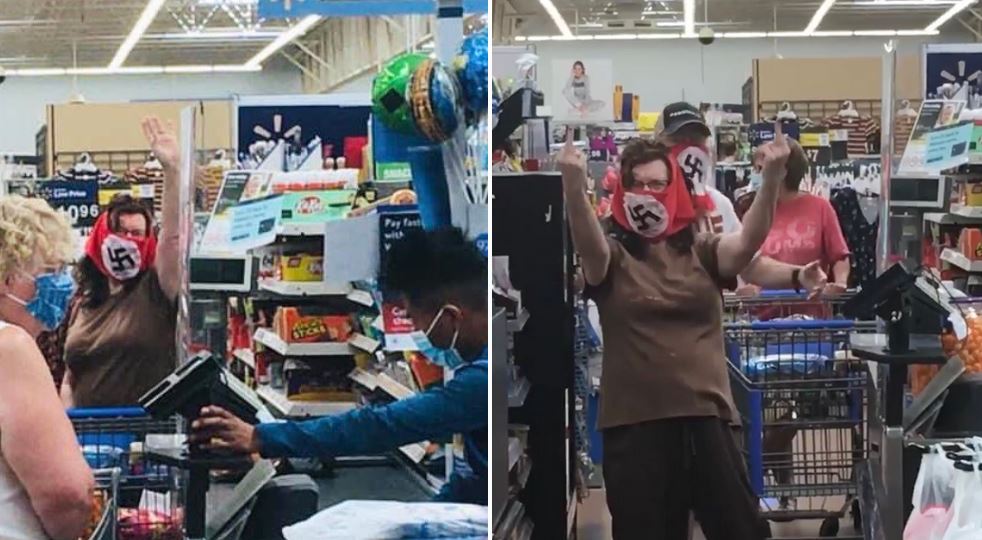 It's one step forward and two steps back at the Walmart in Marshall, Minnesota, which enforced the state's new mask mandate but evidently didn't care what's on the masks. As one commenter put it: "If I wear a hoodie into one of stores your security follows me but you are good with this?"