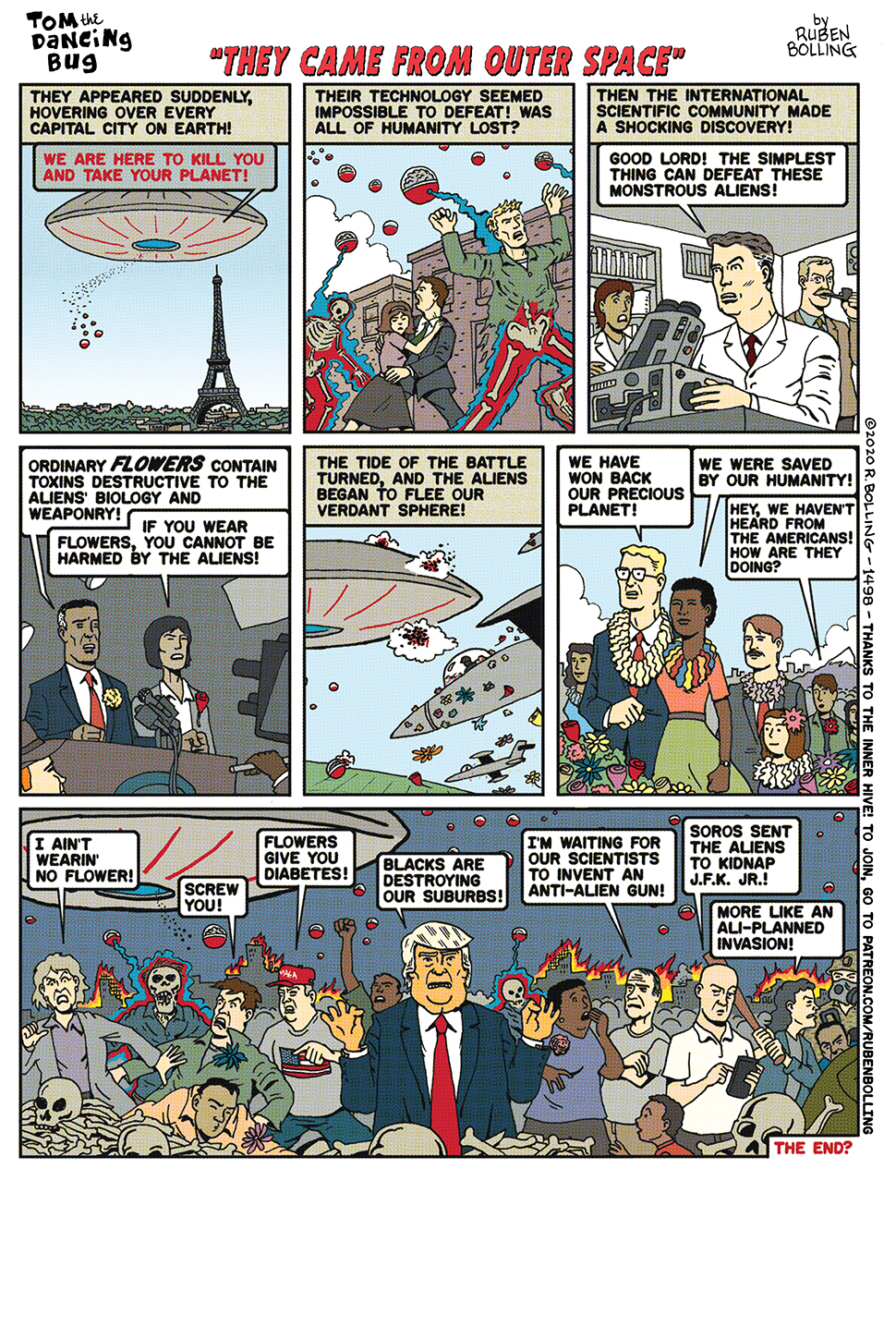 "This fine collection of work by Mr. Bolling provides ample evidence as to why he is unanimously considered one of the greatest cartoonists in the known universe. How he would rank in that other part of the universe is, of course, a matter that's still being hotly debated within the scientific community."
-"Weird Al" Yankovic

YOU CAN JOIN Tom the Dancing Bug's Inner Hive. Get each week's comic before it is published, plus sneak peeks, insider scoops, extra comics, and lots of other stuff. JOIN TODAY.