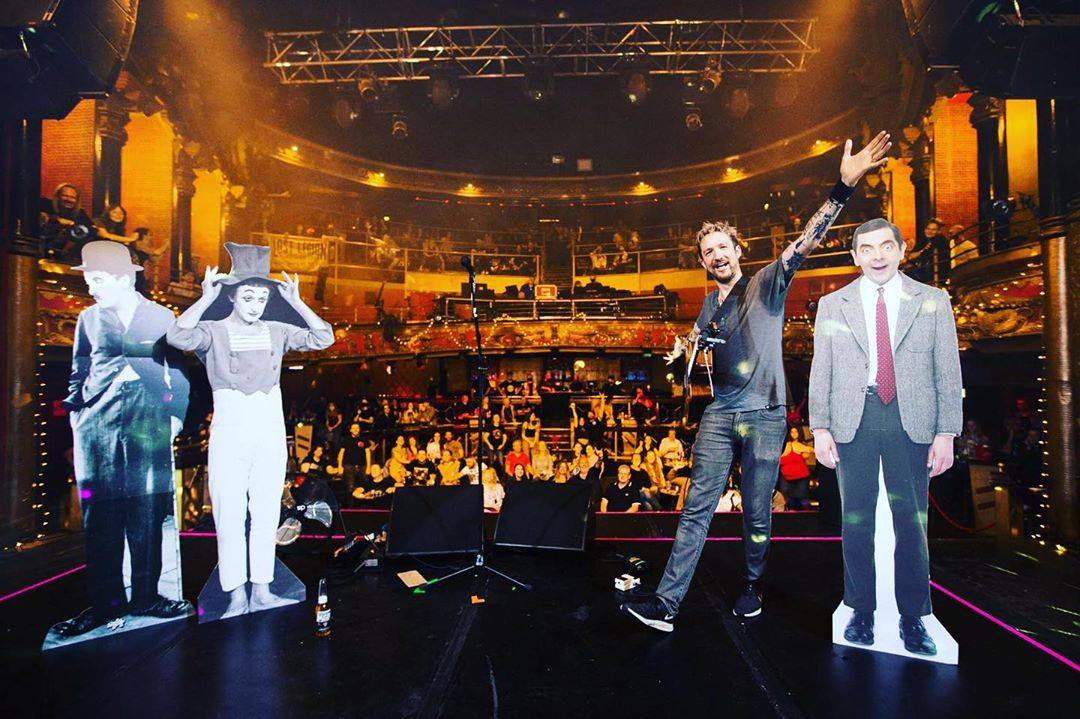 The last thing I did before the coronavirus lockdown really take off was a single one of my scheduled St. Patrick's Day music gigs. My rock band just released the first single off our upcoming album, and we know that we won't be able to play any shows to promote it for at least another year. Meanwhile, my wife has spent the last twenty years working exclusively in live theatre.

Performing arts are a central part of our lives, but we both know that they won't be coming back for a while — at least, not in the way we're used to.

So I do commend the UK for at least trying to come up with safety guidelines for indoor performances. But, like with restaurants re-opening here in the US, I, personally, do not plan on indulging in these activities for a long time. This is both for my personal safety, and because I am ethically incapable of sitting there passively while heavily-armored hazmat suits serve me.

Still, I watched with morbid fascination as Frank Turner, one of my favorite songwriters, prepped for one the UK's pilot programs at the Clapham Grand musical hall in London in order to test out the country's socially distanced concert guidelines. Asking Turner to participate in this test drive was a particular curious choice — his charismatic performances are built on communal experience, on crowd participation and singalongs and forcing you to interact with strangers (with courtesy and consent). But all of that had to be stripped away in order to adhere to the coronavirus rules. And Turner knew that going into. Over on his blog, he describes the awkward experience:

Among many other things (reduced capacity, track and trace, one-way systems, table service, temperature checks and more), there was a requirement that the audience were not allowed to sing. That brought me up short, and nearly made me change my mind about the show. Getting the crowd involved in the performance is at the heart of what I do on stage, and the shows I play work towards a moment of unification, where the barrier between performer and audience breaks down. That wouldn’t now be possible (or at the very least would be much harder). The reason, of course, is to to with aerosol diffusion from people’s voices – and as part of that I had to be 3 metres back from the front of the stage. I get that, but it was still galling to hear on the phone.

In a weird way, we wanted to show that this specific set-up doesn’t work. The Grand was at less than 20% of capacity (around 200 people), but Ally had to double the number of staff working, to meet all the guidelines. There was no talent spend (I didn’t get paid), and no advertising spend (the show sold out pretty much straight away), and yet it still lost money. And the Grand is a versatile space, as an old music hall, in a way that many independent venues are not. We needed to show that this isn’t a complete solution or a workable model, that either restrictions need to change or more funding is required; essentially that fight is far from over.

I commend Turner and his friends for trying to make this work. But it breaks my heart to hear how infeasible the whole venture is, and will continue to be, until we have a vaccine.

The First Gig Back [Frank Turner]