Basil Wolverton's GJDRKZLXCBWQ Comics, published by Glen Bray in 1973, is packed with portraits of trippy weirdos and giggles to be had. I recommend reading this comic book while stoned, for an extra kick.

Wolverton, who died at age 69 in 1978, is a master of the grotesque and has an unmistakable drawing style.

Comix Joint has an article about GJDRKZLXCBWQ Comics and Wolverton:

In the '50s and '60s, Wolverton's work appeared in Mad, Panic, Cracked, and Crazy, among other humor cartoon magazines. In 1973 and '74, he illustrated a bunch of terrific covers for Joe Orlando's  Plop! at DC Comics. He suffered a stroke in 1974 that basically ended his career and he died four years later. His style influenced many cartoonists, including underground and alternative creators like Robert Crumb, Gilbert Shelton, Jay Lynch, Mike Roden, XNO, Peter Bagge and Ed "Big Daddy" Roth, among many. Wolverton's son, Monte Wolverton, draws in a style similar to his father's and has fashioned his own successful career. 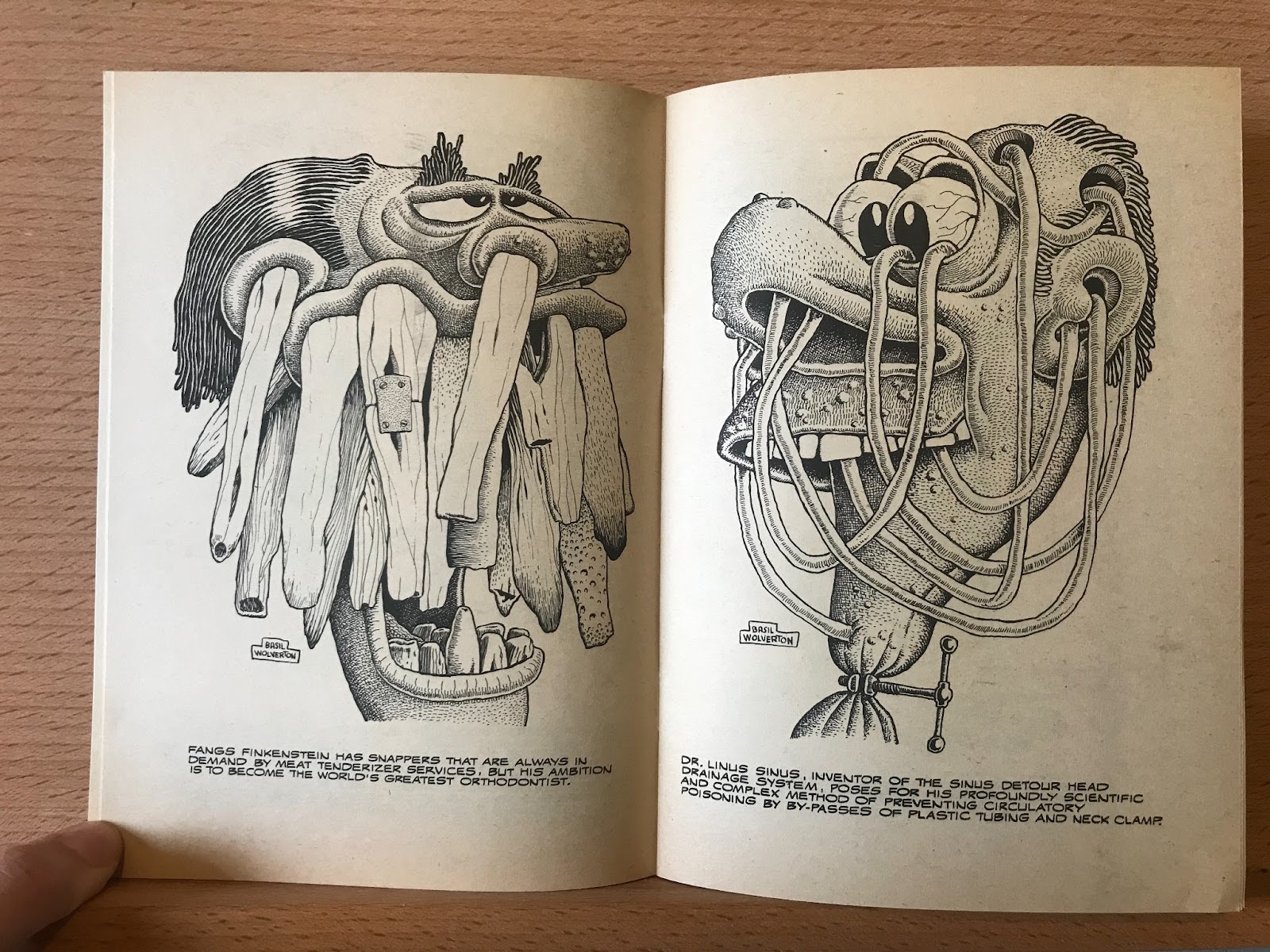 Wolverton's outrageous sense of humor and insane cross-hatching style makes him one of my favorite cartoonists. It's unknown how many copies of this comic are in existence, but copies are available on eBay for $20 or $30 if you're interested.